It's Berlin, 2009, and we’re sitting in the athletes’ food hall at the World Championships when a South African walks in who immediately grabs the attention, an athlete who has shot to global fame almost overnight.

Everybody starts to nudge each other, and fascination spreads as people take a look at Caster Semenya, the runner who would go on to dominate the women’s 800m that week - an event she continues to control eight years later.

Back then, she was a huge story on the circuit, her name cropping up in conversations at training and over dinner. Everyone was wondering about her physical make-up but nobody understood it and no one knew how to go about answering those questions.

We know now, of course, that Semenya is one several athletes in the women’s 800m who was born with hyperandrogenism, a medical condition characterised by excessive levels of male sex hormones such as testosterone.

'Intersex' athletes, as they are often called, present a challenge to the sport like no other, and it seems the time has come when the governing body felt it had no option but to act. 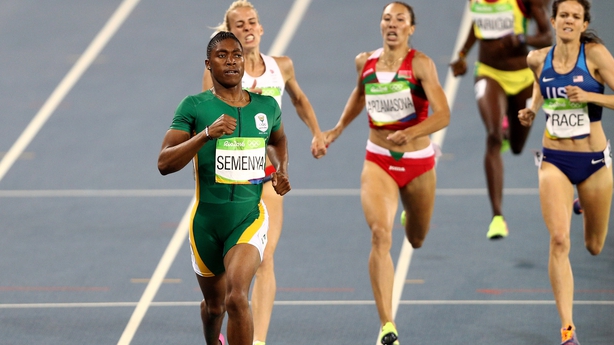 Earlier this week, the International Association of Athletics Federations released details of research it commissioned in an attempt to challenge a ruling by the court of arbitration for sport, which in 2015 abolished their practice of regulating testosterone among female athletes.

The research presented strong evidence that females with very high levels of naturally occurring testosterone had a significant performance benefit in competition across a range of events.

To me, that seemed obvious, given we know many athletes have doped their way to success by boosting their testosterone levels illegally, turning themselves from also-rans into world-beaters by topping up on this powerful hormone.

The IAAF is set to use the research to challenge the court of arbitration for sport’s ruling in the coming weeks, with a potential result being that Semenya and other intersex athletes who have come to dominate the women’s 800m will face being banned from competition unless they undergo hormone replacement therapy.

The IAAF has to be seen to do something because it’s been constant negative media about this ever since Semenya emerged in 2009, but it’s such a difficult ethical issue because these athletes haven’t taken drugs to boost testosterone – that’s how they were born.

The danger of treating people who are way out on the spectrum is where does that leave those who are doping and have manufactured their high levels of testosterone, or the women who aren’t quite defined as intersex but also benefit from being born with raised levels of the hormone? 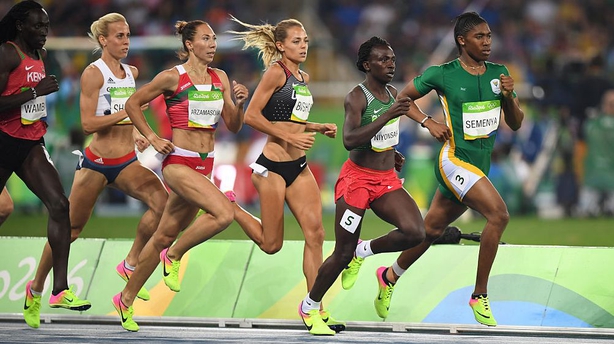 It’s a riddle with no fair solution. No matter the result of that case, it will be unfair to some.

It’s unfair to the women competing against these athletes, who think even if they took drugs, they couldn’t compete, but then it’s also unfair to intersex athletes to define them as something other than female and force them into a clinic to shoot down their levels with hormone therapy.

If they go back and start running 2:10 again for 800m instead of 1:56, is that fair on them? One question we’ve also never had answered is whether these athletes actually want to be treated.

I feel sorry for Semenya; she’s been thrown into the lion’s den and everybody is telling her what’s wrong with her and what needs to be done, but that’s a human being – someone with feelings.

At the same time, there needs to be some management because the gap has grown too big between the intersex athletes and other female athletes.

From a physical point of view, you can’t get away from the difference in physical stature between the three 800m medallists in Rio and the rest of the field.

If you’re one of those athletes who has to compete against them, then you’re going to have a strong opinion on it.

You have to imagine what it’s like going into a world or Olympic final, looking across on the start line and already knowing those three are going to take the medals and that the rest of you are racing for fourth.

That’s crushing for an athlete. 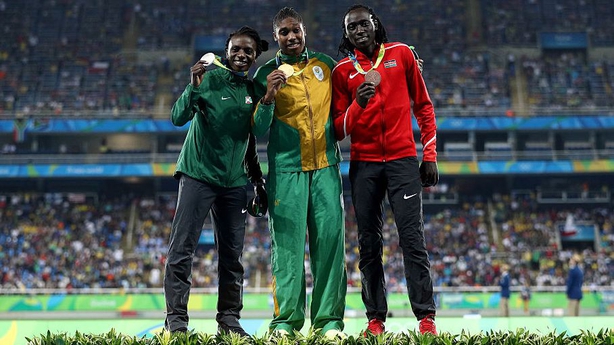 It got to a stage where Irish athlete Ciara Mageean raised her hand last week to ask renowned sports scientist Ross Tucker about the issue at a talk in UCD. His answer: "Have you thought about finding another event?"

While Ciara, primarily a 1500m runner, doesn’t have to consider that option – at least not yet – it’s got to the point where many 800m runners will be thinking that way.

The only way for them to proceed and stand any chance of being competitive is if something changes, but how to do that is the great question no one seems able to answer.

In the world we live in, you’re labelled as male or female, rightly or wrongly, and that’s also how sport sees it.

You can’t tell these athletes that they’re men and put them in the men’s race, because they’re not.

Last month in the US, a transgender teenager, who was born male but identifies as female – and plans to eventually undergo hormone therapy to complete the transition – won a sprint double at the state high school championships in Connecticut.

"I can’t really say what I want to say, but there’s not much I can do about it," said the runner-up and defending champion from the previous year. "You can’t blame anyone."

While that case is obviously different from those currently affecting the women’s 800m, it’s an interesting topic to consider.

Consider this: how would you feel if it was your daughter undergoing hormone treatment just to be allowed compete against other girls because of the way she was born.

And on the flip side, how would you feel if your daughter lost the race she’s worked hard all her life for, beaten by an intersex or transgender athlete?

I have no idea what a fair solution is, and right now it seems no one else does either.