At last we know. Fourteen months after Kerry footballer Brendan O’Sullivan tested positive for methylhexaneamine, the facts of his case have been published and the player has been cleared of significant fault, so now it’s just a question of where we go from here.

Oxyburn Pro Superthermotech was identified by Sport Ireland as the offending supplement which led to O’Sullivan being handed a suspension of 21 weeks, which was served long before any of us knew why he had disappeared from the inter-county scene.

It’s surprising it took so long for it to come out. If that was an athlete, they’d be splashed across the media, named and shamed almost straight away.

Since the news broke, a lot of commentators have come out and said he’s a good lad, that he didn’t mean to do it, but when I hear that I also wonder how they’d react if it was an Irish sprinter, or a Jamaican? People would go: ‘he’s on drugs’ and that would be it. 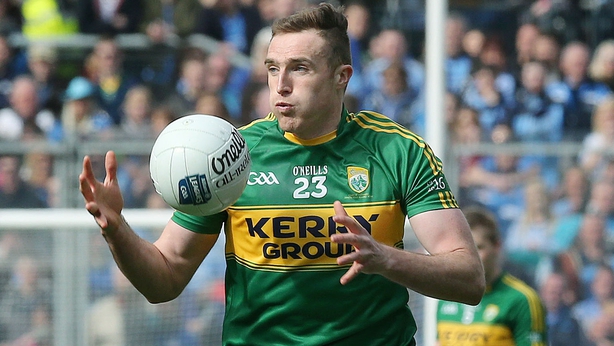 In this instance, Sport Ireland cleared O'Sullivan of "significant fault or negligence", but it’s a bit naive to assume that because the GAA is an amateur sport that doesn’t have a doping history, that there’s no reason players generally could be tempted to cheat.

The reality is it doesn’t matter whether it’s amateur or professional sport, it’s human nature to try to improve. In any area like that, people will look for an edge, and whether it’s knowingly or unknowingly, they’ll be looking for something that will give them a boost.

Not every GAA player will have access to a nutritionist, but in this case he did, so that’s a big grey area: why did he go and take that when he had a qualified person he could check with?

I’ve seen plenty of people suggest that GAA shouldn’t have drug testing, given its amateur status, but if they care about having a clean sport it’s essential. Where there’s fame and adulation available, that is an area where people can cheat.

These days, I don’t class myself as an elite sportsperson. Athletics is a hobby, something I do because I enjoy competition, but I’m still in the registered testing pool, which means I have to give my whereabouts for one hour every day when I’ll be available for testing.

I pick 6-7am every morning, when I know I’ll be at home, but they can visit any time. If I’m not in the right place, it’s a missed test, and three of them and you’re considered a drug cheat.

Recently I was bringing my son to the doctor and as I was leaving the drug testers pulled up to my house. I had 10 minutes to do a blood and urine test and thankfully I was able to provide a sample, otherwise I could have been waiting an age.

"Where there’s fame and adulation available, that is an area where people can cheat"

That’s the way it is, though. If you want a clean sport, you have to abide by the rules, so testing should be at any time. I know a lot of athletes who make no money from the sport and they still have to put in their whereabouts and update them, which GAA players don’t, at least not yet.

In cases like this the buck stops with the athlete, regardless of intent, and anyone who plays inter-county knows you have to be really, really careful what you put in your body.

Throughout my career I was always worried about taking anything, particularly if I was sick. You could go into a pharmacy with a cold, be given Sudafed over the counter, which has pseudoephedrine in it, and that would cause a positive test. My cold remedy was always honey and lemon. I didn’t want to take anything else.

Thankfully there are lots of good websites where you can check the status of medicines, with most Irish athletes using Eirpharm, which tells you whether it’s permitted in-competition and out-of-competition.

With supplements, though, the market is unregulated and you don’t know what’s in all products, so it can become hazy, as seems to have been the case for O’Sullivan. 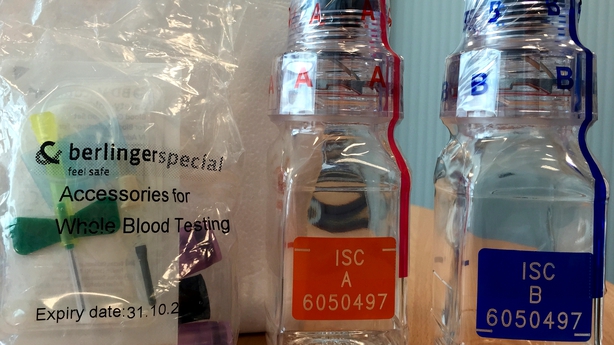 The issue with supplements is not just in high-level sport. It goes across society as a whole, and this was brought home on a recent visit to a secondary school, where I gave a talk to fourth-year students about my career.

All they wanted to ask me was about whey protein, shakes, creatine, BCAAs [branch chain amino acids] – I couldn’t believe it.

Afterwards I asked the teacher why they were so obsessed, and he told me the cool thing to do in the school was for the sixth years to roll their shirts up over their biceps, walk around with them on display while carrying their protein shakers.

"I was always sceptical of things like stimulants or pre-race products, simply because I never knew what was really in the whole product"

Don’t get me wrong, I’m not anti-supplements. I’ve used them in my career, and still do, but that’s usually just as a protein snack or a protein and carbohydrate drink following a hard workout, the training sessions where you feel so sick that the last thing you want is to eat chicken and rice within the first 20 minutes.

I was always sceptical of things like stimulants or pre-race products, simply because I never knew what was really in the whole product.

Caffeine is a stimulant but when companies add other things into the product that is where it gets confusing, and anything dodgy like that I stayed away from, simply not worth the risk.

In sprinting a lot of people take caffeine drinks to get themselves up for a race, but I’d love to know why O’Sullivan went for such a so-called fat-burning product; what was the motive?

In the end, the focus for me was always my diet, and if some nutritionist told me to buy this or that, I’d be very sceptical and research the brand, see if they were batch-tested, and check who were their sponsored athletes. But there’s no point buying these things if your diet is bad.

The experience in that school has stayed with me. At best, many cases seem like either naive or reckless use of supplements, but it’s troubling that the mentality of seeking a grey-area advantage is seeping down from high-level sport to our schools.

Some of these students, and indeed these sportspeople, want to spend all the money on various pills and powders, but the answer is probably on the plate in front of him.