Russia's ban from international athletics competition is set to extend beyond the World Championships in London in August, the International Association of Athletics Federations has announced.

The IAAF voted unanimously to extend the ban on the Russian Athletics Federation, which was originally excluded in 2015 following allegations of state-sponsored doping.

"This meant Russia as a nation, or RUSAF, is not recommended by us to be reinstated before that time."

The IAAF said that it has currently had applications from 35 individual Russian athletes to compete as international athletes.

IAAF president Lord Coe added: "We have always been at pains to provide an opportunity for athletes who can demonstrate they are from a clean system, where we are comfortable that the registered testing pool is a valid one, and that they are under international supervision.

"But most importantly we are not going to jeopardise the opportunities and the chances of clean athletes who are competing alongside them. We have always felt that that is a proportionate response."

In a statement, the IAAF Taskforce said one of the key components to Russia's eventual re-admittance was an adequate official response to the findings of the two McLaren reports which revealed the extent of the state-sponsored doping programme.

The Taskforce called on officials from the Ministry for Sport, the FSB and the Centre for Sport Preparation to respond by either "convincingly rebutting the (McLaren) findings, or acknowledging and properly addressing them."

It also called on RUSAF to adequately explain why it has been unable - and how in the future it will be able - to enforce all suspensions imposed on athletes and athlete support personnel.

Russia's deputy prime minister Vitaly Mutko claimed last month that the samples of some female athletes could have been distorted if they had had sex in the days leading up to a test.

The IAAF Taskforce added: "The Taskforce's recommendation, which Council approved, was that RUSAF was not ready for reinstatement.

"While acknowledging several positive developments at its recent meetings in Moscow last month... the Taskforce pointed to some negative developments since its last report to Council in December.

"These have included some unhelpful public comments recently made by some Russian sporting officials.

"RUSAF also continues to face practical and legal difficulties in enforcing provisional doping bans and there continues to be very limited testing of Russian track and field athletes at the national level as well as troubling incidents at what testing is taking place." 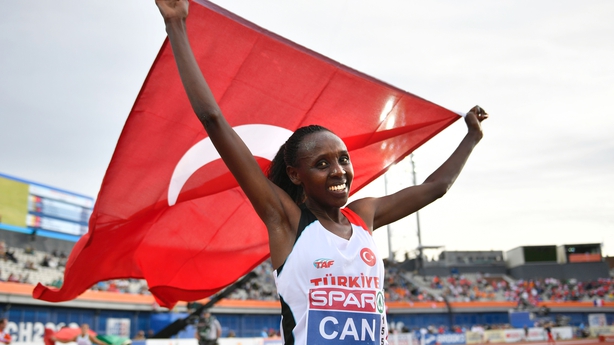 The IAAF also announced a freeze on all new transfers of allegiance, with Coe calling rules which effectively allow athletes to switch nationality to the highest bidder, are "no longer fit for purpose".

Coe said a working group would be set up to study proposals for new rules relating to changes in nationality, and that the announcement would not affect the 15 applications currently being processed.

He said: "It has become abundantly clear with regular multiple transfers of athletes especially from Africa that the present rules are no longer fit for purpose.

"Athletics, which at its highest levels of competition is a championship sport based upon national teams, is particularly vulnerable in this respect.

"Furthermore, the present rules do not offer the protections necessary to the individual athletes involved and are open to abuse."