Fionnuala McCormack says she was happy to bounce back from her recent disappointment in Italy by taking victory in Brussels in a course she felt suited her better.

The Wicklow woman finished fifth in Sardinia at the European Cross Country Championships last week, but showed her world-class ability by producing a stellar performance to make it back-to-back victories in the IRIS Cross Cup in Brussels.

Over the 6km course, McCormack hit the front after one lap and remained there throughout, finishing 18 seconds ahead of Belgium’s Louise Carton and Great Britain’s Laura Weightman in a time of 19:28.

The Irish runner said afterwards she feels very comfortable on the Belgian course.

“Two consecutive victories in Brussels, this cross suits me,” McCormack told sport.be. “I had a bad day at the Euro Cross and I wanted to take over.”

The win was McCormack’s second in a month following on from her success in Alcobendas, Spain at the end of November. 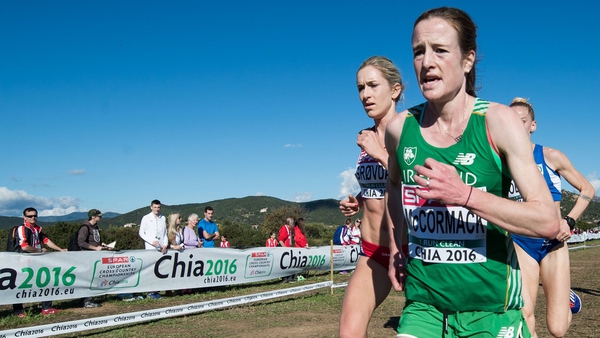