Rob Heffernan says he has realised his life’s dream by claiming an Olympic medal, more than four years after the 50km walk in London 2012.

The 2013 World 50km champion finished fourth at the London games, but Russian Sergey Kirdyapkin was stripped of his Olympic title in March for a doping violation, moving the 38-year-old into a medal position.

In a competitive finish, Heffernan finished behind Chinese walker Tianfeng Si and Australia's Jared Tallent and the four-time Olympian says he is delighted to finally get his hands on a medal.

“It means everything to me,” he told RTÉ Radio’s Morning Ireland programme.

“Ever since I went to my first Olympics in Sydney, seeing the set-up and being involved in the race, it was a dream. It was a pipe dream to win a medal.

"I have put everything in my life to try and do that.

“I think I improved every Olympic cycle, and now to get my hands on an Olympic medal, it’s a very surreal feeling."

Heffernan has been down this road before and was retrospectively awarded a bronze for the 20km walk at the 2010 European Championships after another Russian gold medal winner failed a doping test.

He admits that while there were always clouds hanging over Kirdyapkin, he felt he was close to gold himself – he finished 61 seconds behind Australian Tallent – after posting a personal best in London.

“Everybody was always suspicious of the Russian set-up. It’s just the way it was. There was nothing you could do about it.

“On that day [2012] I gave my best performance. I had an incredible race. I actually admired the Chinese fella [Si] for holding me off at the end and picking it up at the end a little bit.

“Then Jared Tallent was on six cautions and two red cards, so he could have been pulled out. It’s a very fine line between fourth and even winning the race with circumstances that happen.

“It’s going to blow my mind when the reality sets in when I go home with an Olympic medal in my hand.” 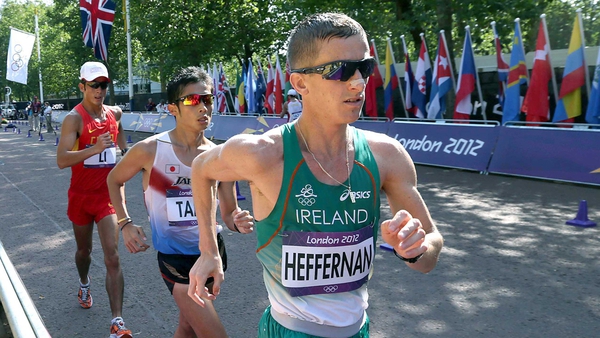