A report by the World Anti-Doping Agency into the anti-doping operation employed at the Rio 2016 Games has criticised "serious failings".

The 55-page WADA Independent Observers report accused the management team in the Rio 2016 anti-doping department of "a lack of coordination", which it said contributed to putting an almost unmanageable strain on drug testing at competition venues and the Athletes Village.

The report said that on some days up to half of all planned tests due to be carried out in the Village had to be aborted because the athletes could not be found.

"Ultimately, many athletes targeted for testing in the Athletes Village simply could not be found and the mission had to be aborted

The build-up to the 2016 Olympics were dominated by a doping scandal, with Russia not given a blanket ban from the event despite revelations of state-sponsored doping. Russia was banned from the Rio Paralympics, however.

The report was fiercely critical of the lack of support, training and information given to chaperones whose job it was to notify athletes of testing.

The report said: "Chaperones were often provided with little or no whereabouts information for athletes targeted for out-of-competition testing in the Athletes Village, and therefore, the majority of times had to resort to asking team officials and/or athletes from the same team where the athletes they were looking for were located.

"Providing the names of the athletes they were seeking was (at best) highly inefficient and obviously compromised the "no notice" nature of the testing.

"In addition, when initial attempts to find an athlete in his or her room were unsuccessful, chaperones often lacked the training and/or the confidence to follow up with further enquiries and effort to find the athlete in other locations in the Village (such as the dining hall).

"Ultimately, many athletes targeted for testing in the Athletes Village simply could not be found and the mission had to be aborted. On some days, up to 50% of planned target tests were aborted in this way."

The report said the lack of support for chaperones, including not providing them with adequate food, led to many not turning up.

The report also said transport arrangements to enable doping officers" to travel to and from venues were "often inadequate, or even non-existent".

And observers said computers and printers needed to receive and print out "mission orders" sometimes did not work. Even when there were working computers, not enough log-in accounts were assigned to doping control personnel.

The report also said no out-of-competition testing was conducted in football, while there was "little or no in-competition blood testing in many high risk sports and disciplines, including weightlifting". The Independent Observers said they found this "surprising". 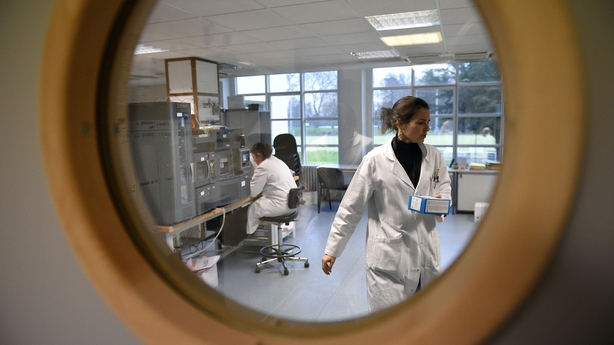 The report also revealed that almost 500 fewer drug tests were carried out at Rio 2016 than had been planned.

The number of individual athletes tested in total at the Games was 3,237, 28.6% of the number competing.

The report said that, were it not for its "dedicated" staff on the ground, "the Games anti-doping programme would have almost certainly collapsed".

"Due to their initiative, tenacity and professionalism in the face of great difficulties, the many problems identified... were patched over and sample collection was conducted in a manner that ensured the identity and integrity of the samples," the report said.

It praised in particular doping control station managers who "received no on-site training on their role, no venue-specific information, and no sport-specific guidelines, and often arrived at the venue for the first time on the first day of testing, where they were presented with untrained and insufficient numbers of chaperones, without access to press areas," for conducting the planned tests as best they could.

Despite its damning criticisms, the WADA report also praised the Brazilian Doping Control Laboratory, which had had its accreditation suspended ahead of the Games for failing to comply with international standards.

The report said the laboratory was "superbly equipped, operated very securely and generally very efficiently, and now represents an outstanding legacy from the Games for the anti-doping movement in South America".