David Gillick says the performance of the men’s 4x400m relay team at the European Championships shows the progress being made despite agonisingly missing out on Olympic qualification.

A season's best time of 3:04.32 was enough for fifth place for the Irish team of Brian Gregan, Craig Lynch, David Gillick and Tomas Barr, but they finished .07 second outside of the Olympic qualification time.

Gillick couldn’t hide his disappointment after the race, but was proud of the effort shown by the team in difficult conditions in Amsterdam.

“We came here to get the job done, to qualify for Rio,” he told RTÉ Sport. “We are terribly disappointed. We came so close.

“We believed we could go quicker.

“Credit to every man here, every man that got the baton really went for it.”

Brian Gregan was first off for Ireland and admitted the conditions made their task all the more challenging to make the qualification time.

“When we walked out it wasn’t too bad, but when they called us to our blocks, it just picked up the opposite way, straight down the back straight.

“I’m not going to say the wind cost us, but it was just one of those things.”

Gillick, who returned to athletics following his retirement two years ago, was philosophical of the team’s overall performance against such formidable opposition.

“This is a European final. The best 400m athletes in Europe are out there and we have come in fifth,” he said.

“That’s not bad by an Irish team. Unfortunately we couldn’t pull it off, but we went for it.

“We have to take that on board and keep this 4x400m programme moving forward.” 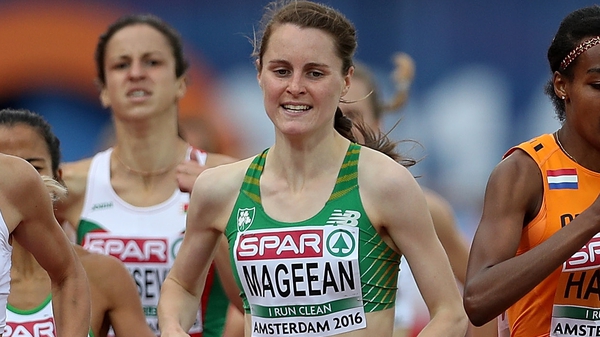