Kenya's participation at Rio 2016 has been cast in doubt after the World Anti-Doping Agency's Foundation Board declared them non-compliant with anti-doping rules.

It will now be left up to the International Olympic Committee and UNESCO to decide whether Kenya will be allowed to compete in Brazil.

Having missed two deadlines to show it was addressing serious worries about its anti-doping efforts, Kenya passed legislation last month to create a new national anti-doping agency. But that has not been enough to satisfy WADA.

A WADA statement said: "In keeping with the enhanced compliance process under the 2015 Code, the Foundation Board declared the Anti-Doping Agency of Kenya [ADAK] non-compliant with immediate effect.

"The Kenyan authorities had been given a series of deadlines to introduce a parliamentary bill, policy and rules for the ADAK; however, following a 2 May meeting, WADA's independent Compliance Review Committee [CRC] confirmed that the outstanding issues had still not been addressed and so made the recommendation of non-compliance to the Board.

"As in all cases of non-compliance, WADA will now hand the decision over to its stakeholders, the International Olympic Committee [IOC] and UNESCO for their consideration and action."

Kenya won 11 medals at London 2012, including two golds, all in athletics. WADA has also stated they will investigate additional claims in a New York Times report of a state-run doping program used by Russia at the Sochi 2014 Winter Olympics.

Dr Grigory Rodchenkov, who was director of the country's anti-doping laboratory at the time, alleges urine samples tainted by performance-enhancing drugs were exchanged, through a wall, for clean urine collected months earlier.

"People are celebrating Olympic champion winners, but we are sitting crazy and replacing their urine," Dr Rodchenkov said in the New York Times.

"Following a 2 May meeting, WADA's independent Compliance Review Committee [CRC] confirmed that the outstanding issues had still not been addressed and so made the recommendation of non-compliance to the Board."

"Can you imagine how Olympic sport is organised?"

WADA will waste no time in assessing the validity of those claims and WADA president Sir Craig Reedie said: "You can be sure that WADA will immediately look into these additional allegations."

The Russian Ministry of Sport described the allegations as "a major shock" and questioned Rodchenkov's motives.

A statement from the Russian Ministry of Sport read: "The allegations made by the former director of the laboratories came as a major shock to us.

"Considering that he was fired from his position for manipulating tests it is very likely that he has other motives.

"If these allegations have any factual substantiation, they should be handed over immediately to relevant anti-doping organisations for a full investigation."

Russia's track and field athletes are currently the subject of a suspension which places their participation in the Rio Olympics in doubt.

The ban was imposed following a WADA-commissioned independent report into allegations of drug use in athletics.

UK Anti-doping was subsequently commissioned to undertake drug testing in Russia and has uncovered just two incidences of doping, according to Russian sports minister Vitaly Mutko. In making the comments, Mutko omitted adverse findings for meldonium, which was banned from 1 January, 2016.

The Russian Ministry of Sport statement, responding to the New York Times allegations, added: "We have never claimed that we do not have doping problems and we acknowledge that changes are needed and we understand that we have to regain international community's trust for what we believe is a global issue.

"The only way that we can achieve this is through concrete steps proving our loyalty to clean and fair sport.

"We believe we have already proved Russia's commitment to fight doping by inviting international experts recommended by WADA to all key positions responsible for doping control and this guarantees independence and transparency of procedures.

"We have nothing to hide. And we will continue this work." 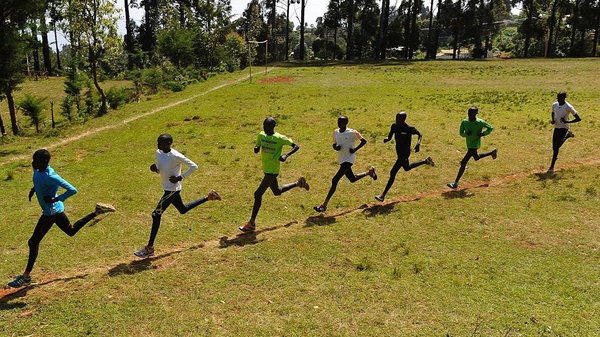