The 17 June meeting of the IAAF Council will be the "come to Jesus moment" for Russian athletics, according to governing body president Lord Coe.

At the meeting in Vienna, athletics' rulers will hear reports from its taskforce which is monitoring Russia's anti-doping progress.

Russia was suspended by the IAAF last November over "state-sponsored" doping revealed in a report commissioned by the World Anti-Doping Agency.

On Wednesday, Russia announced reforms it hopes will repair the credibility of its anti-doping body and will see its athletics team declared eligible to compete in the Rio Olympics.

And speaking to the Mail on Sunday, Coe said: "I have every faith in Rune Andersen [the chair of the investigation]. We are clear: if they do not meet the criteria, Russia will not be in Rio. 17 June is the come to Jesus moment."

Coe took over as the IAAF president last year, replacing Lamine Diack, and was immediately thrust into the centre of the sport's doping scandal.

He says the stress of the situation prompted his children to tell him to quit, but he remains committed to a role he is adamant will be his last.

"It was a conversation over Christmas with my four children," he said.

"One of them particularly said he thought it was heavy going. He questioned whether this job was something I needed to do. The girls were tough, but it did affect one of the boys quite badly.

"Yes it was very hard for me at times. I felt a weight on my shoulders. There were dark times. It took its toll on those closest to me. I was never questioning whether to carry on but I couldn't be oblivious to the fact that they were." 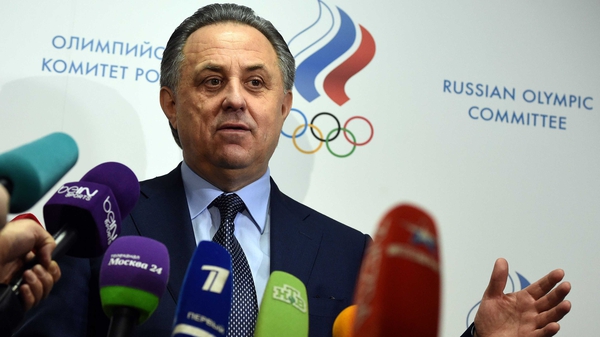