Kenya has been handed a one-month extension to comply with the World Anti-Doping Agency code and thereby avoid future sanctions, an official said today.

"We have been given a one-month extension by WADA... we are proceeding to Mombasa to consult with the Parliamentary Committee on Labour and Sports so that when the (new anti-doping) bill comes for a second reading... we will be on the same page," said an Anti-Doping Agency of Kenya (ADAK) source.

"The country is committed and what we are telling them (WADA) is... let our processes go through" - President Uhuru Kenyatta

The bill is a key requirement for the east African nation, famed for its distance runners but tarnished by around 40 doping cases in recent years, to be declared compliant with the WADA code ahead of the Rio de Janeiro Olympics in August.

"We have no doubt things will be fine," added the highly-placed source who declined to be identified.

Kenya was given a deadline to enact the law or be declared non-compliant, which brings WADA sanctions, but parliament went into recess earlier this month and the bill could not become law before time ran out on April 5.

The governing International Association of Athletics Federations (IAAF) said last month it was highly unlikely Kenya would be suspended from the Olympics.

WADA is due to issue its decision on Kenya's case at a board meeting on May 12.

Kenya President Uhuru Kenyatta said on Tuesday that the bill could not be fast-tracked to beat the deadline but he was certain his nation's athletes would be participating at the Olympics.

"The country is committed and what we are telling them (WADA) is... let our processes go through," Kenyatta told France 24 in an interview.

"I'm confident Kenya will participate at the Olympics and win more gold... the problem would have been if there was lack of commitment in terms on enacting. That commitment is there at the National Assembly."

WADA spokesman Ben Nichols told the BBC on Tuesday that his agency was happy with the first steps Kenya had taken towards meeting compliance.

The country's Sports Cabinet Secretary Dr Hassan Wario told the BBC that the Parliamentary Committee on Labour and Sports would be meeting in Mombasa on Friday to pour over the bill before it went for its second and third readings.

"We will move fast. It is a question of life or death for the sport in our country" - Ethiopia team doctor Ayalew Tilahun

Ethiopia, meanwhile, one of the five countries the IAAF governing body says is in "critical care" over its drug-testing systems, is to carry out doping tests on up to 200 athletes.

The east African nation, which alongside neighbour Kenya has for many years dominated distance running on the track and roads, became the latest country to have its credibility questioned when six of its athletes came under investigation in February for doping.

Last month the World Anti-Doping Agency gave Addis Ababa a 10-point guideline, that included raising its drug-testing capacity to WADA standards, to be implemented by November.

Ethiopian officials said failure to do so would lead to suspension.

"We will move fast. It is a question of life or death for the sport in our country," added Tilahun.

Ethiopia, Kenya, Morocco, Ukraine and Belarus have been identified by IAAF president Sebastian Coe as countries in need of "critical care" because of weaknesses in their drug-testing systems.

Russia is currently banned from all athletics following the discovery of a state-sponsored doping regime and revelations of corruption.

Kenya, having missed a WADA deadline, has until May 12 to show it has adequate systems in place after a series of high-profile positive tests by athletes and the suspension of several leading officials.

"It was a relief that they permitted us to take part in the Olympics," said Tilahun, referring to the Rio de Janeiro Games in August.

"They are keeping a close eye and there won't be any excuse. We must work hard." 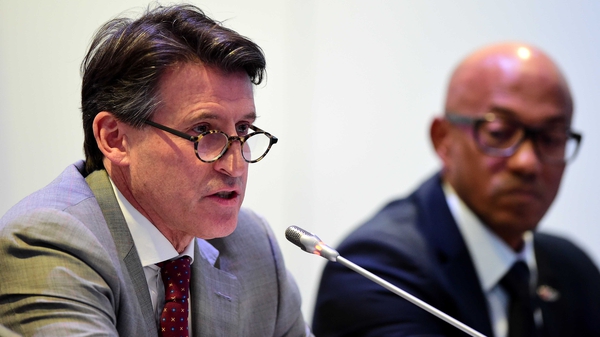