Sebastian Coe is ready to ban Kenya's track and field team from the Olympics if the country's athletics federation is declared non-compliant with the World Anti-Doping Agency [WADA] code.

Kenya last week missed a deadline to prove to WADA it was doing enough to combat doping and IAAF president Coe has confirmed he will impose serious sanctions on any nation guilty of attempting to cover up drug-taking.

Speaking on BT Sport's The Clare Balding Show, quoted in The Telegraph, Coe said: "We know that a disproportionate amount of reputational damage is caused by a relatively few countries and we have to be much more proactive.

"Yes, if it means pulling them out of World Championships or Olympic Games then we will have to do that.

Russia, banned from world athletics in November after being found guilty of state-sponsored doping, aims to prove it has changed its ways before Rio 2016.

The scandal has engulfed the whole sport of athletics, with Coe admitting his own reputation may now be on the line.

He said: "When you look at the horror show that has unfolded in the last six months, year or so, the question we all have to ask ourselves - and I'm not immune from that, I ask myself this every day - is how on earth did we get to this position?

"The guiding principle for me is to get the right people with the right motives in the sport, and by a distance they are there. We've just got to elevate them now."

Nestle and adidas have both attempted to sever their sponsorship ties with the IAAF, which has vowed to keep the companies on board.

"They want to know what changes I am prepared to make," Coe added. "Am I serious about that? Yes, I am. Is it the only thing I'm focused on? Yes. Will we get those in place as quickly as we can? Yes, we will.

"But they have boards of shareholders, they have corporate governances themselves, so they are asking the right questions and a large part of my waking hours is flying around the world explaining to them why it is my intention to never return to this again." 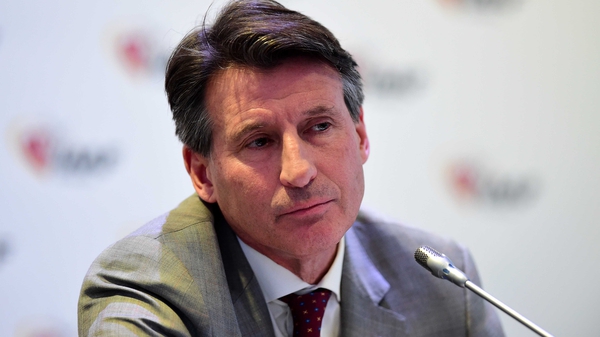