The Irish Times reports that the Cork woman may receive the medals retrospectively as a huge controversy brews over the success of Chinese athletes at that time.

O'Sullivan came fourth in the 3,000m and took silver in the 1,5000m, with only Chinese competitors ahead of her in both races.

Qu Yunxia, Zhang Linli and Zhang Lirong made it a clean sweep for China in the 3,000m, with Liu Dong pipping O'Sullivan to gold in the 1,500m.

However, a letter reportedly signed by Olympic champion Wang Junxia 19 years ago is believed to have lifted the lid on what amounted to a Chinese state-sponsored doping regime during that period.

Chinese state media have revealed the existence of the letter which outlined how Chinese athletes were forced to take “large doses of illegal drugs over the years”.

It was reportedly also signed by nine of Wang's team-mates, and sent to a journalist named Zhao Yu, but remained unpublished until this week.

Athletics Ireland is writing to the IAAF today seeking clarification on the reported letter.

Athletics Ireland President, Professor Ciarán Ó Catháin, said: "We will be seeking clarification from the IAAF who are in the process of verifying the letter by Wang Junxia.

"There are two gold medals at stake for Sonia O'Sullivan and we hope this can be resolved to finally bring an end to the uncertainty which has hung over the Championships for so long."

The IAAF also confirmed it was looking into the letter and said any athlete proved to have admitted to doping before achieving a world record could be stripped of the title.

It said in a statement: "The IAAF's first action must be to verify that the letter is genuine. In this respect, the IAAF has asked the Chinese Athletics Association to assist it in that process.

"In any case, IAAF Competition Rule 263.3 (e) note (ii) clearly states that if anyone makes an admission of guilt, the IAAF can take action: If an athlete has admitted that, at some time prior to achieving a world record, he had used or taken advantage of a substance or technique prohibited at that time, then, subject to the advice of the medical and anti-doping commission, such record will not continue to be regarded as a world record by the IAAF." 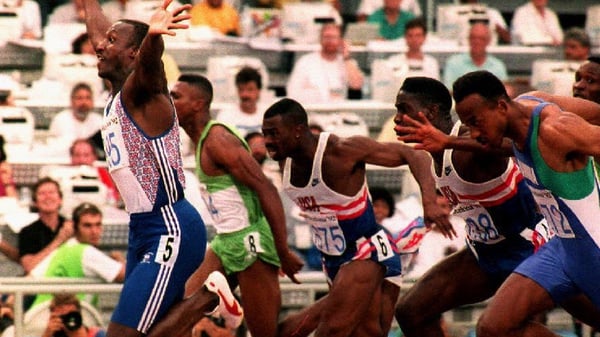