Organisers of the 2017 World Championships in London are in talks with athletics' world governing body about dropping 'IAAF' from the event's branding.

The doping scandal which has rocked the sport has led to the IAAF being regarded by the public as a "toxic" brand, according to sources with knowledge of the discussions.

The IAAF and its president Lord Coe would have to give consent to the move however, as the original branding was agreed when London won the bid for the 2017 championships in 2011.

It is understood 2017 organisers are hopeful of gaining the agreement of the IAAF because even the world governing body's leaders are aware of the reputational damage caused by the scandal involving Coe's predecessor Lamine Diack, who has been arrested by French police on suspicion of taking money from Russian athletes to cover up doping offences.

Coe, meanwhile, has denied flagging up allegations of bribery ahead of the vote in 2011. Coe was a vice-president of the IAAF at the time of the vote and led London's final presentation in Monaco before the 26 members of the IAAF council cast their votes.

Coe has repeatedly denied he knew of major corruption within athletics during his time as vice-president.

Two bids by Qatar's capital Doha for the 2017 and 2019 editions of the World Championships have been referred to the IAAF's ethics commission following allegations of "brown envelopes" and bribe demands, UK Athletics chairman Ed Warner this week told the culture, media and sport select committee in London.

Warner said he had been told of the referrals by the IAAF but refused to reveal the name of the "very senior IAAF person" who had told him of reports of brown envelopes full of cash being handed out just before the vote for the 2017 championships.

The Daily Mail reported on Thursday it had two witness accounts that Coe had warned London 2017 officials of a possible bribes-for-votes plot in Monaco.

A spokesperson for Coe told the newspaper: "Sebastian Coe denies knowing of bribes being offered or received linked to the 2017 World Championships."

London won the vote 16-10. The Qatar Athletics Federation has always denied any wrongdoing during the voting process.

Reacting to the latest claims, Conservative MP Damian Collins suggested Coe still had questions to answer.
Collins, a member of the culture, media and sport select committee, wrote on Twitter: "Seb Coe denies knowing bribes were paid. That's not the same as knowing there were rumours bribes were being paid & warning UKA." 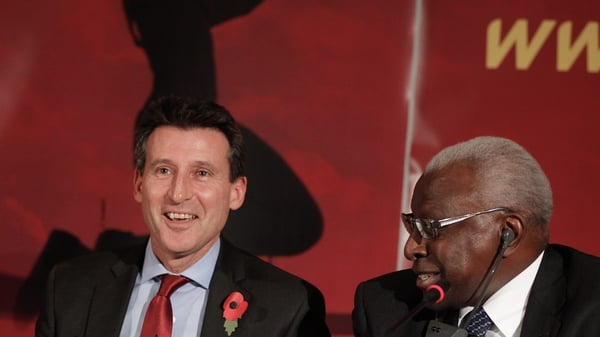