Fionnuala McCormack toasted a "positive start to 2016" after she finished a fighting third at the IAAF Antrim International Cross Country in Greenmount on Saturday.

Biting cold and muddy underfoot conditions greeted the runners in Greenmount and it was a challenge that McCormack relished.

"I liked it today," said McCormack who finished third over the 5.8km course in 18:13, eight seconds behind Kenya's race winner Alice Aprot Nawowuna and four seconds behind Bahrain's Mimi Belete who won here in 2014.

“This was definitely real cross-country today. It would have been nice to have a bit of a kick at the end to get back in front because you could see people struggling in front but on a course like that when someone gets a gap... even though they're struggling you're struggling as well to get through the muck. It's tough but it's good.

McCormack ended up leading in the early stages by virtue of the fact of the conditions rather than a pre-race plan.

"In the first lap it kind of just happened," said the Wicklow woman on hitting the front. "I think the Africans thought they could get around the mud but realised they couldn’t. That’s how I ended up at the front because I just went through it."

The Kilcoole athlete couldn't hang on to the lead with Nawowuna an impressive victor in the end despite not feeling comfortable in the cold conditions. McCormack also had the consolation of avenging her defeat to Great Britain's Kate Avery last week at the Great Edinburgh Cross Country.

Of her third McCormack added: "When I compare it to my last two years it's definitely been a lot better than it has been.

"I suppose I have a tendency to look back to 2011 and 2012 and it just went so perfectly for me that it's hard to not look back at that and think, 'God it would be great to be winning all these races again', but the races are different every year. I just need to look forward. It's a positive start to 2016 for me." 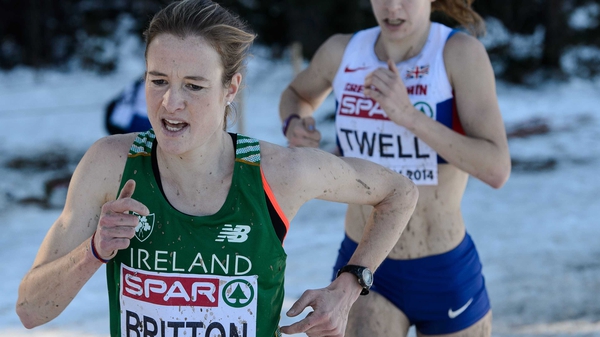