IAAF president Sebastian Coe is braced for more disclosures in athletics' doping and corruption crisis when the second part of an independent investigation into the scandal is revealed later today.

The World Anti-Doping Agency's (WADA) independent commission chairman Dick Pound will make the second part of his report public at a news conference in Munich, Germany.

Pound's first report laid bare state-sponsored doping in Russia which resulted in the country being suspended from international competition by the IAAF. He has already suggested Coe and fellow former Olympic champion Sergei Bubka could have done more to push reform in the years when they were IAAF vice-presidents.

Coe, who insists he has not considered stepping down from his position at the head of the beleaguered world governing body, is confident no allegations will emerge which implicate him in any wrongdoing.

"One of the accusations is that I don't sort of get the seriousness of this issue - I do. I'm dealing with it every day and I have been dealing with this since effectively the first day I took over the role as president."

He added: "Our sport is a strong sport. Don't run away with the idea that I don't know that these are dark days, of course they're dark days.

"The crisis actually was probably two or three years ago when what we're having to deal with was taking place. Our responsibly now is to make those changes and to take the sport into safe territory."

Both Diacks are also the subject of a French police investigation over suspicions they took money to cover up positive tests by Russian athletes.

The authorities have now issued a 'wanted' notice via Interpol for the younger Diack.

The 'Red Notice' has been posted on Interpol's website saying that Diack is wanted in France to answer charges including corruption and complicity in money-laundering.

Meanwhile, Coe's right-hand man at the IAAF, Nick Davies, has stepped aside from his role as the director of the president's office while he is investigated by the IAAF's ethics commission.

Davies faces allegations of unethical behaviour after the French newspaper Le Monde obtained a copy of an email sent by him in which he appears to discuss delaying the identification of Russian drug cheats in the run-up to the 2013 World Championships in Moscow. He denies any wrongdoing.

However, Coe said he did not regret standing for president, saying: "Not for one moment and why would I? This is a sport for which I owe everything."

Asked if he had thought about stepping down, he said: "No, because the day-to-day duties of a president is to make sure the sport is in safe keeping."

Coe also admitted further countries could join Russia in being banned by the IAAF should evidence of systematic doping be uncovered.

"We know we have suffered a disproportionate amount of damage from a relatively small number of countries," he said.

"If we are not satisfied at the IAAF that the countries we are looking very, very closely at are not prepared to make the changes that we want then sanctions could follow." 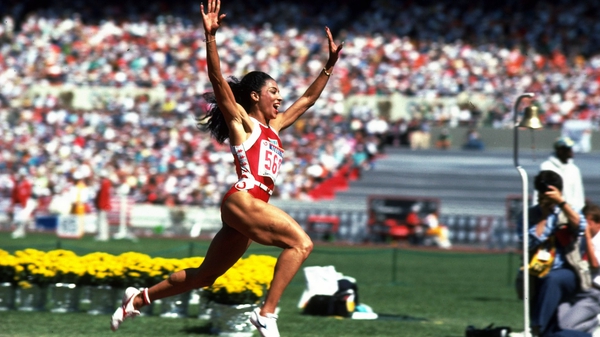