Double Olympic champion Mo Farah has backed IAAF president Sebastian Coe to clean up athletics as he welcomed the latest anti-corruption and doping-related bans to hit the sport.

The British long-distance runner declared himself pleased to see justice handed out after three senior officials were handed life bans on Thursday by the IAAF ethics commission.

Papa Massata Diack, the son of former IAAF president Lamine Diack and a marketing consultant for the organisation, former Russian athletics federation (ARAF) president and IAAF treasurer Valentin Balakhnichev, and Alexei Melnikov, a senior ARAF coach, blackmailed 2010 London marathon winner Liliya Shobukhova and made her pay a bribe for a positive drugs test to be covered up.

Gabriel Dolle, who was the IAAF's anti-doping director, was given a five-year ban for his part in the doping scandal which has rocked world athletics.

Farah told Press Association Sport: "Obviously you don't want to see any bad things in athletics but at the same time it's clearing up and I'm up for guys getting what they deserve. We lead by example and we want the same rules to apply to other countries."

The latest scandal comes in the wake of Russia's suspension from the IAAF following systematic doping offences while former president Diack is under investigation by French police and the ethics commission on suspicion of taking more than £746,000 to cover up positive tests.

Coe, who succeeded Diack in August, has come under pressure in recent months over his former ambassadorial role with Nike.

And Dick Pound, the chairman of the World Anti-Doping Agency's (WADA) independent commission whose report disclosed "state-sponsored doping" in Russian athletics, has claimed Coe had an opportunity long ago to address issues of governance during his time as IAAF vice-president.

In December, Nick Davies, Coe's right-hand man at the IAAF, announced he would step aside from his role as the director of the president's office while the ethics commission investigate allegations of unethical behaviour against him.

French newspaper Le Monde obtained a copy of an email sent by Davies in which he appears to seek to delay the identification of Russian drug cheats in the run-up to the 2013 World Championships in Moscow. In the email sent to Papa Massata Diack, Davies appears to look to minimise the impact of naming Russian athletics who had failed drug tests.

Farah published a series of his own blood test results in the Sunday Times in August last year to prove he was himself a clean athlete and he would prefer to focus on running rather than the debate over doping.

"I had my own reasons to publish them," said Farah, who runs in the Great Edinburgh XCountry on Saturday.

"I had nothing to hide. But at the same time I just want to be able to do what I do and that's to run, represent my country, win medals and get on the start line." 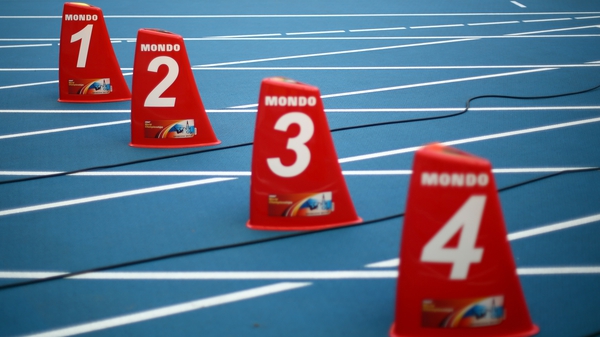 Seb Coe sets out plan to 'restore trust' in athletics