Russia is expected to be provisionally suspended by athletics' world governing body on Friday as IAAF president Lord Coe faced fresh calls to sever his links with sportswear giants Nike.

The 27-strong IAAF council will meet on Friday evening to rule on the scandal that has seen Russia condemned for systematic "state-sponsored" doping by the World Anti-Doping Agency's independent commission.

Coe, however, is also coming under increasing pressure over his position as a Nike ambassador.

Renee Anne Shirley, the former head of the Jamaica Anti-Doping Commission who blew the whistle on the lack of tests in Jamaican athletics, said the Nike connection was a "clear conflict of interest" for Coe.

A picture has even emerged of a parking space kept for Coe at Nike's headquarters in Portland, Oregon, and he will be grilled on his links with the company by MPs next month.

Shirley said: "That is a clear conflict of interest that he is going to have to give up. Nike provides apparel for the Russian track and field team and many others. He needs to show he is totally independent."

Coe is determined to show he will act against Russia, but he is also expected to acknowledge that the country has taken steps since the scandal first broke in December last year when German broadcaster ARD screened a documentary.

"Nike provides apparel for the Russian track and field team and many others. He needs to show he is totally independent."

There have been growing indications that the Russians will accept some of the WADA findings but will challenge other aspects. The Russian athletics federation (ARAF) will point out that its president Valentin Balakhnichev resigned after the ARD programme, and that there is a new Russian member on the IAAF council.

However the ARAF's current interim president Vadim Zelichenok, who replaced Balakhnichev, was also criticised in the WADA report for not co-operating.

The threat to Russia being excluded from next year's Olympics in Rio does appear to have receded however. It is more likely the country is given targets to meet, with perhaps the biggest threat being its hosting of the World Junior Championships in Kazan.

Russian sports Vitaly Mutko has also said there is no chance of Russia boycotting the Olympics in protest.

Shirley added: "I expect the IAAF council will decide to provisionally ban the Russian federation but already you can see for example the federation saying it will admit to some things, negotiate on some and argue on others.

"I think what will come out is that there will be given targets for the Russians to meet, and I'm pretty sure the Russians will be in Rio." 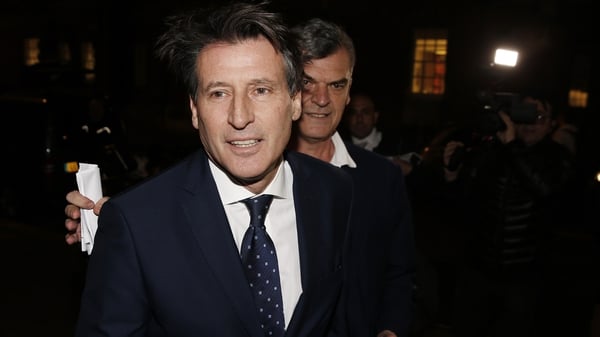 Coe prepared to deal with criticism of IAAF