Jason Smyth is putting family before glory as he prepares for the Paralympic Athletics World Championships in Doha later this month.

The Paralympic 100m and 200m champions and world record holder is on the comeback trail having undergone knee surgery earlier this year.

He cites that as one of the reasons he won’t be defending his 200m title in Qatar but he also revealed that there is a more pressing issue on his mind.

“My wife is actually due on the 25th of October so that’s probably the more important reason that I’m just doing the 100,” Smyth told RTÉ Sport, on the same day that Roy Keane said that Ireland football captain Robbie Keane shouldn't be hindered from playing against Germany on Thursday unless he's "breastfeeding".

“I actually arrive back home on the morning of the 25th so it’s going to be a bit close.

“It has been a tricky year and quite a long year.

“This year there is that aspect of having to take a step back in order to hopefully take two steps forward. That’s just something I had to do.

“It’s been difficult. Any athlete will tell you coming back from injury [is] difficult.

“My expectation is still to go there and win gold.”

Ireland have named a nine-strong team for the event, which begins on 22 October, including Paralympic medallist Orla Barry and double Paralympic champion Michael McKillop. 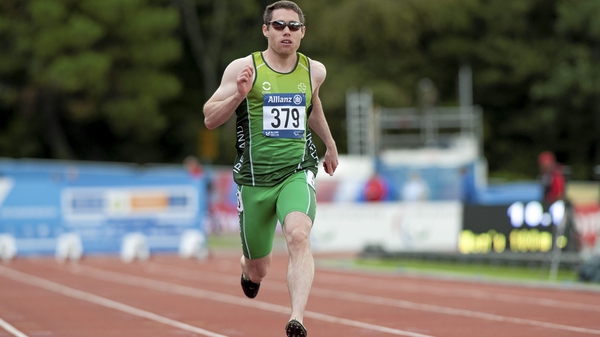