One of the experts at the centre of allegations the IAAF turned a blind eye to potential mass doping in athletics has written an open letter to Seb Coe accusing the world governing body of lacking the drive to clean up the sport.

Michael Ashenden was one of the two anti-doping experts enlisted by the Sunday Times who analysed leaked data belonging to the IAAF, which contained more than 12,000 blood tests from 5,000 athletes, and concluded hundreds of athletes had recorded suspicious results which were not followed up.

The under-fire IAAF has come out fighting in the wake of the allegations, criticising exercise physiologist Ashenden and fellow expert Robin Parisotto, with Coe particularly outspoken.

Coe, who is running for the presidency of the IAAF, called the pair "so-called experts" and branded the allegations a "declaration of war" on athletics.

In a open letter of more than 2,000 words to Coe on Wednesday, Ashenden wrote: "Does the IAAF pursue its anti-doping mandate with the same single-minded, all-consuming dedication that athletes adopt in their pursuit of winning? Based on what I saw in the leaked database, my view is 'No'."

The IAAF on Tuesday announced it had suspended 28 as-yet-unnamed athletes for doping offences at the 2005 and 2007 World Championships. It is understood no Britons are involved.

But, despite its fierce defence if its drug testing record, the organisation has come in for increasing criticism, with the allegations the latest scandal to threaten the already fragile reputation of the sport.

"My question to you is simple: Do you think the IAAF could have done better?"

In the letter, Ashenden wrote to Coe: "Although you deplore my participation in the revelations by the Sunday Times and (German broadcaster) ARD/WDR, I maintain that had I walked away from an opportunity to agitate for change then I would have betrayed every voiceless athlete who has been cheated out of podium glory since 2001."

The World Anti-Doping Agency announced an urgent investigation into the claims.

In his letter Ashenden estimated there were "likely to be 500 athletes who cheated, competed, and got away".

And he accused the IAAF of not doing enough to combat the particular problem of widespread doping among Russian athletes.

"It is clear from results in the database that serious problems emerged in Russia around 2005," he wrote.

"Yet the IAAF chose not to join other sports, such as cycling, cross country skiing, biathlon and speed skating, who had adopted 'no start' rules in an attempt to stem the tide.

"It is true even those rules can be circumvented, but it is undeniable that they place something of a ceiling on competitor's blood values.

"I recognise that hindsight is 20/20, but in my view the IAAF could have done more when the spectre of widespread Russian doping first appeared."

The 'no start' rule allows the use of data from biological passports to keep athletes with abnormal values out of competition for a certain period of time.

Ashenden added: "How then will history view the performance of the IAAF anti-doping department, if it was aware in August 2008 that systematic doping might have penetrated Russian athletics?"

He said: "In a nutshell, two years after Shobukhova first won the Chicago marathon (in 2009) with highly abnormal blood results, she won a third Chicago marathon with even more extreme blood values. The Sunday Times published an extensive expose on Shobukhova, who they reported was the top female marathon runner in the world during this period.

"My question to you is simple: Do you think the IAAF could have done better?"

Ashenden said it would be worth revisiting the no start rule "at least for World Championships and major marathons".

He added: "All that remains is for the IAAF to legislate a ceiling of normality beyond which athletes will be unable to compete. Now that would truly be an example of the IAAF pioneering the way."

Ashenden also said that setting up an independent body, funded but not controlled by the IAAF, to take responsibility for anti-doping, was "a no-brainer".

Coe has pledged to set up an independent anti-doping agency for athletics inside his first 100 days in office should he be voted in as IAAF president.

Ashenden also called on the governing body to increase the amount of money it invests in catching cheats.

He said: "It comes back to how single-minded the IAAF chooses to be with respect to the pursuit of drug cheats. Is it reasonable for athletes to ask the IAAF to cut back on glamorous gala presentations and dedicate those savings toward establishment of an investigations department?"

And he also questioned whether the IAAF's desire for justice was as strong as that shown by the United States Anti-Doping Agency in its pursuit of disgraced cyclist Lance Armstrong.

He said: "Should the IAAF be so brave as to pursue uncertain legal cases, perhaps against high profile athletes, if the consequences of a loss might threaten its very existence?

"USADA's pursuit of Lance Armstrong, in the face of very real threats that the entire organisation might be obliterated by legal and political retribution, demonstrated to the rest of the world where USADA's priorities lie.

"So my question to you is: Do you maintain that the IAAF matches USADA's zeal?" 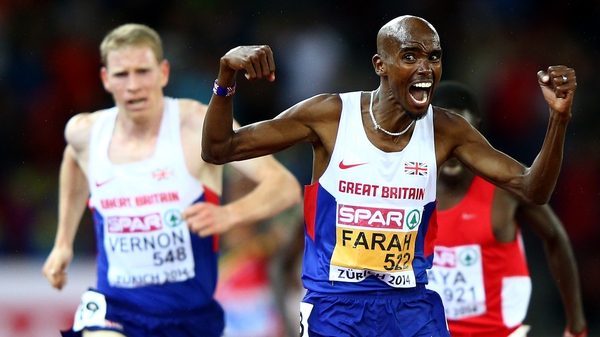