Fionnuala Britton was left frustrated after an eighth-place finish in the 10,000 metres final, having harboured hopes for a medal at the European Track and Field Championships in Zurich.

A season’s best of 32.32.45 for the Wicklow runner saw her come in 10 seconds behind winner Jo Pavey of Britain.

The double European Cross-Country champion felt she left something behind but was somewhat at a loss to identify the exact problem.

Speaking to RTÉ Sport after the race, she said: “I came here really, really wanting a medal but I didn’t run like I believed I could get one and I suppose I am disappointed in myself for that.

“I didn’t even feel that bad out there, which I suppose is a bad thing in one way because I probably should have been able to hurt myself more but the way the race was I wasn’t going to take it on because I couldn’t have done that against those girls.

“I suppose because there was so many in it, it was always going to be a bit like that.”

Next up for the 29-year-old Kilcoole AC athlete is the marathon, her first, on Saturday where she will line up alongside compatriots Barbara Sanchez and Sarah Mulligan with the results based on the national team’s three fastest finishers.

This time, however, Britton is adamant it’s a team effort and is modest in her personal ambitions.

Asked if the fact that it’s her first marathon might help her cause, Britton said: “I suppose that’s because you’ve got no expectations, that’s exactly what I have – no expectations.

“I just want to get experience out of it for the team and for the country and that’s what championships are about as well. It’s not just running for yourself, it’s running for everyone else that gets you to this point as well.” 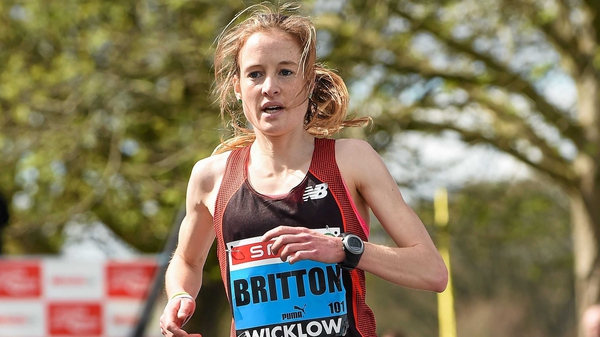