Heffernan, last year’s Athletics Ireland athlete of the year, made his competitive comeback on the race walking circuit at the Lugano Race Walking Grand Prix in Switzerland last month. He finished fifth in the 20km race in Lugano in a time of 1:20'57".

Heffernan has recently returned from a three-week training camp at altitude in Johannesburg and will use the race in China to further his preparations for the 50km Race Walk at the European Track & Field Championships in Zurich in August.

Olympian and World Championship representative Boyce has also been on camp in Johannesburg ahead of the race in China. He finished 63rd at the World Cup two years ago.

At the end of the 2013 season Hickey was ranked amongst the top 15 juniors in Europe and McManamon was also inside the top 15 at under-23 level. Both will make their debuts at World Cup level in China.

Olympian Laura Reynolds (Mohill AC) will be the sole Irish representative in the 20km women’s race.

Reynolds is coming off the back of a sixth-place finish in the 20km race at the Grand Prix in Podebrady, Czech Republic on 13 April. Reynolds, like Heffernan, will be using the World Cup event as part of her preparations for the European Championships. 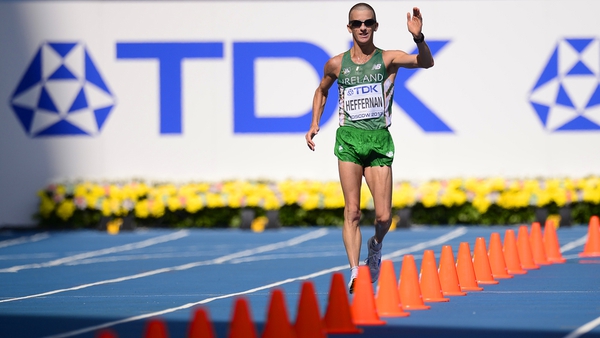