Loughnane’s achievement was over looked by many but now the Loughrea AC athlete has the opportunity to build on what was an excellent performance 12 months ago and she is confident she can match those expectations. Loughnane said: ‘Everything seems to be coming together at the right time for me, which is great.

‘I had a slow start after Beijing but I can’t complain with how the season has been going. I am feeling as good if not stronger than I was last year.’

Loughnane, who has joined fellow walkers Rob Heffernan and Jamie Costin in altitude training in Poland, has been in impressive form so far this year. She continued: 'The Dublin Grand Prix of Race Walking at the end of June was a huge boost for me.

‘I had a really good race and was able to post a season’s best and finish ahead of Olympic bronze medallist Elisa Riguado, so that showed I am in good shape.’

While she knows she has the ability to do well in Berlin, Loughnane knows that there is a fine line between success and failure. Loughnane added: ‘It is hard to predict how well I could do at the World Championships. Race walking is just so tough as you really are on the edge all the time.

‘One mistake early in the race and you may get a warning which can affect the rest of your race so you try to stay as close to the edge as possible.

‘Hopefully I will be able to push myself to the limit and then see where that gets me.’

Olive Loughnane competes in the final of the 20k walk at 11:00am On Sunday the 16 August. The World Track and Field Championships take place in Berlin, Germany from 15 – 23 August. For more information see www.athleticsireland.ie. 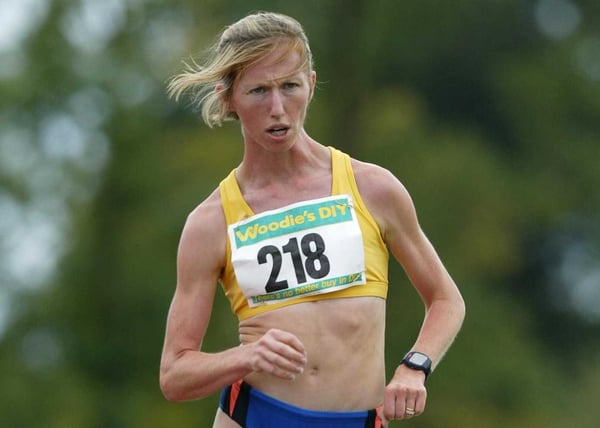