On this week's programme - the story of America's deadliest school massacre in Bath, Michigan in 1927; How the Library of Alexandria, lost in antiquity, has been re-imagined for the 21st century; and the tale behind a handwritten letter from Samuel Beckett, which is housed in the Little Museum of Dublin. 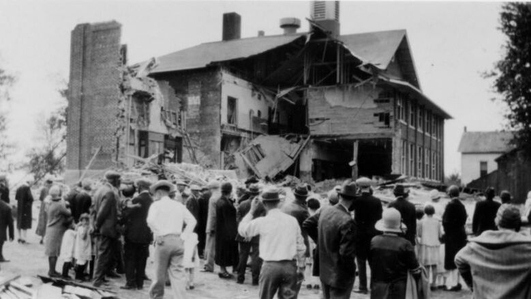 Names like Sandy Hook, Columbine and Virginia Tech – they all evoke the horrific school shootings that have become such a regular feature of our news cycle. While it may seem like devastating school violence is something relatively new for America - history shows, that's not the case.In fact, the most deadly attack in the country’s history took place in 1927. It happened in the small town of Bath, in Michigan, which is just outside the state capital of Lansing.

Lorcan Clancy has been to Bath, where the tragedy took place 92 years ago, and he sent us this report on what is known as 'The Bath School Disaster'. We hear from Michelle Allen Burnett, whose father Harold attended school on the day of the bombing, along with many of his brothers and sisters - Michelle's aunts and uncles.

We also hear from author Arnie Bernstein - his book on the subject is called Bath Massacre: America's First School Bombing. It's published by University of Michigan Press. 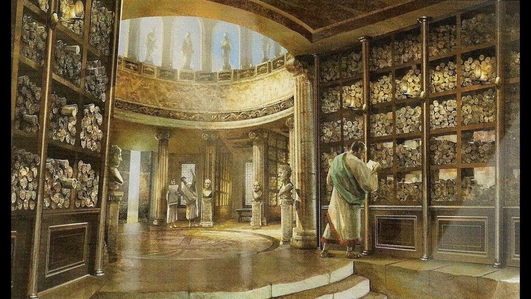 The New Library of Alexandria and Cultural Recovery

Cultural institutions - our libraries, archives, galleries and museums are centres of knowledge. They hold a key to our past. Yet over the centuries many cultural centres have been destroyed, by both man and nature.

Myles is joined by two experts in cultural loss and recovery.  Dr Ismail Serageldin is founding director of the New Library of Alexandria in Egypt, which re-imagines the ancient library that was lost in antiquity. Also in studio is Dr Peter Crooks, who works on the Beyond 2022 project that aims to virtually re-create the Public Record Office at the Four Courts, which was destroyed by fire in 1922. 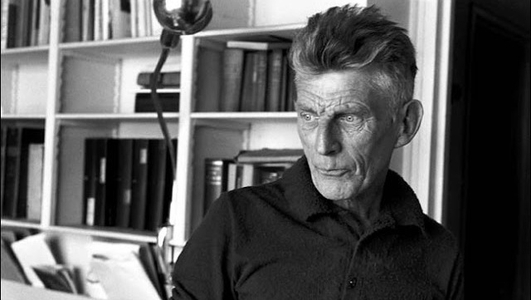 In our occasional series Here’s The Thing, Julien Clancy uncovers the stories behind objects on display in the Little Museum of Dublin. Tonight, he’s looking at a handwritten letter, from one of Ireland’s greatest literary talents. Julien speaks to John Hughes, who as a child, received that handwritten letter from Samuel Beckett.