On this special episode, our subject is ‘Alcohol and Ireland’. We’ll be looking back on five centuries of this country’s relationship with the drink. From beer drinking habits in the 16th century, right up to the lifting of the Good Friday drinking ban this year – we’ll explore how drinking culture has interacted with our nation’s history. 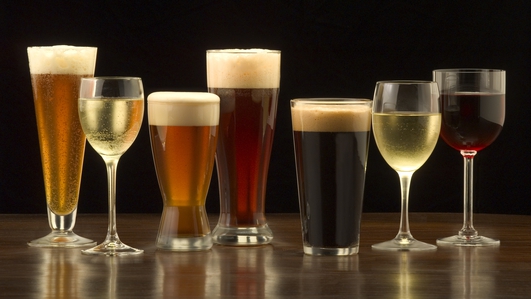 Our guests this evening:

1. Susan Flavin O’Connor joins us from a studio in Cambridge. She’s a lecturer in early modern history at Anglia Rushkin University, and her research is a fascinating window into drinking habits here in the 16th century.

2. John Gibney is a historian with the Royal Irish Academy's Documents on Irish Foreign Policy project. He talks to us about the extraordinary growth in drink consumption in the 18th century.

3. Eddie Bohan is a historian, bar manager, and the author of an upcoming book from Kilmainham Press called The Thirst for Freedom. In it, he assesses the role of alcohol in the creation of the state, and the role of the pub – for good and ill – in the struggle for Irish freedom, starting with the United Irishmen rebellion of 1798.

4. Brendan Kelly is a professor of psychiatry at Trinity College Dublin. He talks to us about medical treatment for alcohol intolerance and alcoholism, from the 19th century to today.

5. Las Fallon is a retired fireman and the Dublin Fire Brigade historian. He has researched an often  overlooked episode in from the 19th century - The Great Liberties Whiskey Fire of 1875, when a river of piping hot whiskey flowed through the streets of Dublin.

6. Liz Gillis, historian and researcher, looks into a controversial question: which pub is the oldest in Ireland?

7. Niamh Howlin from the Sutherland School of Law at UCD joins Myles to talk about the history of the Good Friday drinking ban, which was lifted this year.

Whiskey On A Sunday

The Pogues & The Dubliners