On this weeks programme, the sinking of the RMS Leinster in 1918; New York's first female firefighter tells her story of discrimination and determination; and we look back at the Derry civil rights march of October 1968, in the context of the global revolt that year. 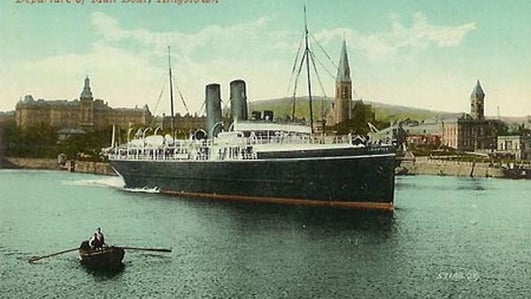 The Sinking of the Leinster

The sinking of the RMS Leinster occurred on the 10th of October 1918.  When the mailboat left Dun Laoghaire to make the short crossing to Holyhead, aboard were a mix of postal workers, passengers, crew and military personnel.  Shortly after departing, she was struck by two torpedoes fired by a German U-Boat.

Over five hundred people lost their lives. To this day, it’s the greatest loss of life ever to occur in the Irish Sea – and it’s a tragedy compounded by the fact that World War 1 was to end just one month later.

Joining Myles in studio to talk about it is Michael Kennedy, Executive Editor of the Royal Irish Academy’s Documents on Irish Foreign Policy series.

And Maritime Historian Philip LeCane is the author of two books about the Leinster including the recently published Women and Children of the RMS Leinster: Restored to History. 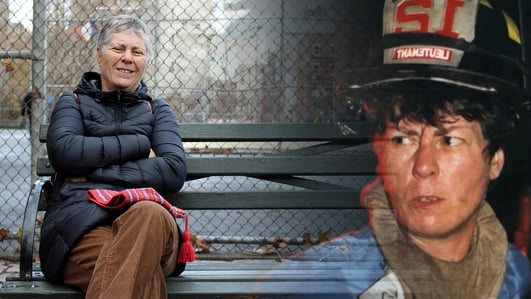 In New York, women make up just half a per cent of the city's firefighters. It's a small figure, but not that long ago, women were not even allowed to apply for the job. In the early 1980s, one woman was determined to change all that, and join their ranks. Reporter Colm Flynn speaks to Brenda Berkman, the first woman ever to be hired by the New York City Fire Department. 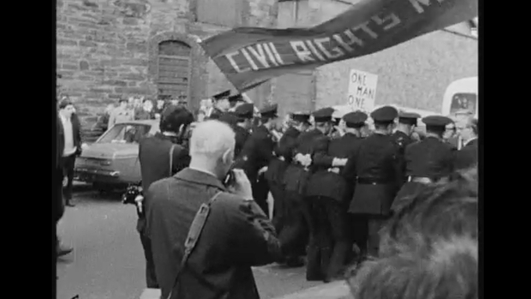 Fifty years ago, on the 5th of October 1968, a crucial event in the civil rights movement in Northern Ireland took place: a march in Derry to protest the allocation of houses, jobs and the limited franchise in local government elections. The banned parade led to clashes between police and protesters, and sparked widespread disorder and rioting. It was an event that many regard as the beginning of ‘The Troubles’.

To discuss that seminal event in the civil rights movement in Northern Ireland and the context of global revolt in 1968, Myles is joined by two guests.

Simon Prince is a Senior Lecturer in the School of Humanities in Canterbury Christ Church University and the author of the book Northern Ireland’s ’68: Civil Rights, Global Revolt and the Origins of The Troubles.

Journalist Tom McGurk was himself a participant in civil rights marches of the late 1960s. 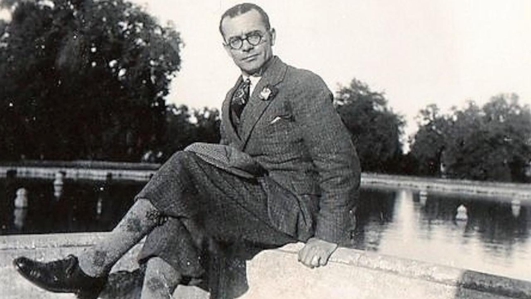 The Simms 120 Conference is a three day programme of events in remembrance of Herbert George Simms - the social architect who transformed the face of Dublin. As Dublin City’s Housing Architect from 1932 until his death in 1948, he was responsible for the construction of some seventeen thousand dwellings in Dublin – buildings which remain today as a testament to his vision of good working class housing.

This conference will celebrate his work with talks, walks, art and more. It takes place from Friday the 19th to Sunday the 21st October at the Wood Quay Venue in Dublin. 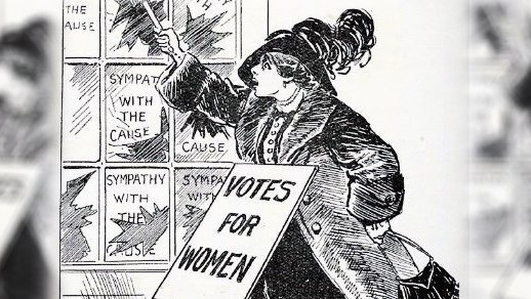 To mark the centenary this year of Irish women winning the right to vote, a full-day event, exploring the changing lives and roles of Irish women in the early years of the 20th century will take place next Saturday from 11AM to 4PM at the Civic Theatre, Tallaght in Dublin.

Sinéad McCoole, author of Easter Widows, our own Liz Gillis, and Kate O’Malley of the Royal Irish Academy will be joined by RTÉ broadcaster Joe Duffy - author of Children of the Rising - for a series of lectures and discussions on how times have changed for women in Irish politics and society.

Click here for more details and to book tickets.