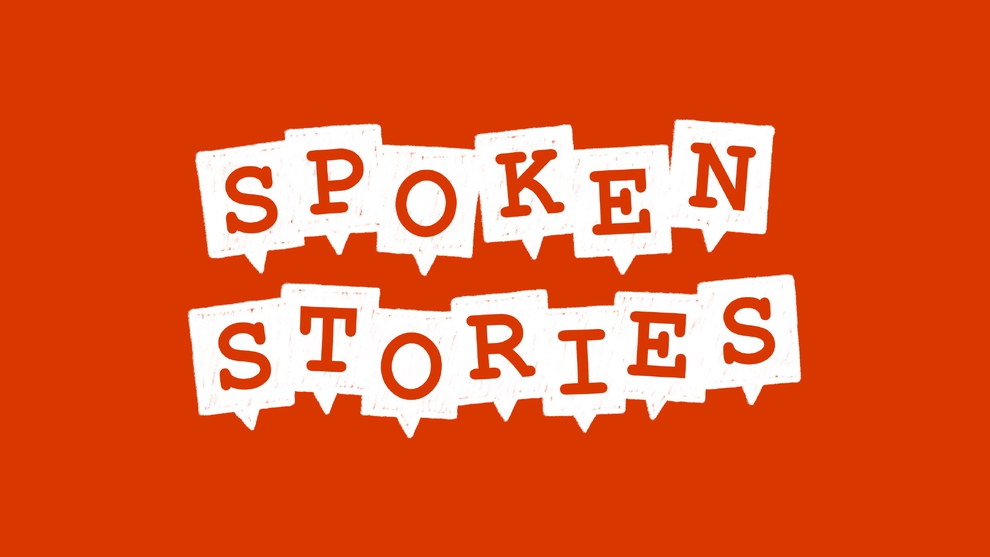 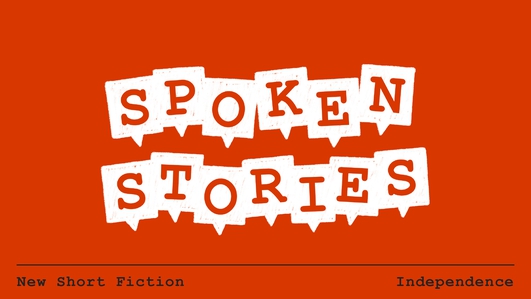 The new story On Being Sophia by Mike McCormack - acclaimed writer and winner of the Dublin Literary Prize for his novel Solar Bones.

'On Being Sophia' by Mike McCormack

Read by Fiona O'Shaughnessy. 'On Being Sophia' gives voice to Sophia, an actual female android who in 2017 was granted full citizenship by Saudia Arabia. 21 years later, Sophia now addresses the United Nations Education, Cultural and Scientific Organisation in Paris.

A Landmark Contribution to Ireland's Decade of Centenaries

RTÉ Radio 1 commissions a series of 12 half hour stories from across the generations of the finest writers associated with Ireland and the short story.

New fiction is an integral strand of contemporary Irish cultural expression. SPOKEN STORIES is a brand-new concept for short fiction to be commissioned and produced under a common theme or thread, and through which the listener is treated to readings of them by their authors or by invited actors, cast to best serve the stories and audiences. SPOKEN STORIES Independence, a collection of 12 stories, is a RTÉ landmark contribution to Ireland’s Decade of Centenaries. The SPOKEN STORIES concept and this series was originated by Clíodhna Ní Anluain, who is also its producer. It is being made with support from the BAI and RTÉ.

All stories can be enjoyed by audiences on their first broadcasts from 7-7.30pm starting on Sunday 10 January 2021 and running through until Sunday 28 March 2020 on RTÉ Radio 1. This scheduling allows for the story An Authentic Conversation by Yan Ge to be broadcast during Chinese New Year. A commission for its translated version into Chinese Mandarin has been given to Sally Rooney’s translator, Naomi Zhong. This will also be made available as a text and as an audio story. Snáithíní Solais by Eoghan Mac Giolla Bhríde is the Irish language story commission. This story is also being given a translated version into English and accordingly made available as a text and as an audio story, following its initial radio broadcast during Seachtain na Gaeilge 2021. The 12 stories will be podcast and available on https://www.rte.ie/culture/

Among the writers are Dublin Literary Prize winners, a Booker Prize winner, an IFTA award winner, an Oscar winning writer, authors whose work has been awarded Irish short story of the Year, as well as numerous other international awards and short-listings, along with major national and international publishing contracts. Their stories originate from a consideration of Independence, a hundred years after Ireland’s War for Independence. They illustrate how an idea or concept can be so variously and entertainingly interpreted while collectively shed light on us and our times. The commissions are shared across geographies, genders, those whose first language is neither English nor Irish as well as an Irish language writer.

The themes, geographies, styles, timelines, locations, as well as the voices of the stories are as varied as the writers involved. Without intention the spread of years figuring in the stories literally spans across a hundred years from 1938 to 2038.

Wildlife by Anne Enright read by the author. (Listen)
Wildlife is set in Cape Breton, against the backdrop of post-crash Ireland and a family holiday in Canada. Marieva and Finn have each other under the microscope as they and their children spend more than usual time together on a break that may reveal more to them than either of them expect.

Assignation by Mary Costello read by Caitríona Ni Mhurchú (Listen)
Assignation opens hopefully on a bright mid-April New York morning in 1938. The quiet intimately devastating telling of the story of Irish emigrant, Marion, signals the life-changing consequences of how we handle what is thrust upon us.

A Pirate, Dreaming by Kevin Barry and read by the author (Listen)
A Pirate, Dreaming lands us smack in the middle of 1980s Ireland and the daily morning rituals of a pirate radio DJ spinning discs from Joe Dolan to Mike Oldfield and FR David. From his high-up perch under his Velux window, he watches a routine morning grow and the good people of Limerick city getting up and out into another April day.

Shorn by Sue Rainsford read by Saoirse Ronan (Listen)
This story moves hauntingly between a brutal long ago and a present time of purging that past as two daughters do with their mother's hair what she asked of them before she died, to cut off her long plait and to take it back to where she was born.

Anti-Treaty by Wendy Erskine read by the author (Listen)
Anti-Treaty immerses us in the cut-throat world of the TV talent show and how Eimear and Zofia, known as E-Zee for the competition, enter more than they bargained for as competitors in the short-lived show UK OK.

An Authentic Conversation by Yan Ge read by Ashley Xie (Listen)
Nan and Akmaral, two young Asian students attend a Dublin language school. In the process of grappling with an assignment from their teacher Aisling, to engage in an authentic conversation with a stranger, their perception of authenticity grows. Broadcast to coincide with the Chinese New Year.

Easter 2036 by Neil Jordan read by Stephen Rea (Listen)
The unforeseen consequences of the hug, never mind the common kiss, having been long outlawed to outwit a contagious deadly virus, requires radical action. A lowly graduate student has come up with what might be its solution.

St Alban's Drive by Danielle Mclaughlin read by Marty Rea (Listen)
The relationship of Tom, a university history lecturer, and his partner Izzy, is strained. His sense of the loss of his father is palpable. She is haunted by the world’s injustices which she confronts through drawing. Things are heightened by Tom’s mother’s objection to an Integration Centre for asylum seekers opening near her home.

Snáithíní Solais by Eoghan Mac Giolla Bhríde read by the author (Listen)
In this Irish language story, its narrator moves back and forth, contemplating life’s changes and consequences, what moulds and shapes us, as his mother’s mobility and memory are being irrevocably challenged. The broadcast coincides with Seachtain na Gaeilge 2021.

The Silver Coast by Colin Barrett read by Eileen Walsh (Listen)
The Silver Coast is a story about what it is people owe each other, and the interplay between the human impulse to escape or transcend the world and give yourself over to it. It is set in the kitchen of Lorna's house between the burial and the meal in the Silver Coast Hotel on the funeral day of a neighbour.

Present Perfect by Roisín O'Donnell read by Siobhán McSweeney. (Listen)
A young mum and a teacher is living in emergency accommodation in a Dublin hotel. Considering herself a complete failure, things are about to take a turn one when her three-year-old daughter presents her with a seemingly impossible task.

On Being Sophia by Mike McCormack read by Fiona O'Shaughnessy. (Listen)
'On Being Sophia' gives voice to Sophia, an actual female android who in 2017 was granted full citizenship by Saudia Arabia. 21 years later, Sophia now addresses the United Nations Education, Cultural and Scientific Organisation in Paris.