Last winter a weekend festival of new writing and live music took place in the Project Arts Centre in Dublin, to mark 50 years on air of Sunday Miscellany. The result was Miscellany50 Live from the Project. The brief to each writer was to take a year between when the programme went on air in 1968 and the present, as the starting point for a new piece of writing.  This programme takes the years 2003 to 2007.

A Triumph for Freedom in Dublin and South Africa (2003) by Liam Power followed by Nono Madolo (solo vocal) with the South African National Anthem; An Exile in Liverpool (2004) by Kevin Barry followed by Cormac Begley (concertina) with ‘Slán le Máigh’; Doings in Japan (2005) by Caitriona Lally with Malachy Robinson (double base and Dermot Dunne (button accordion) with Debussy Prelude; Why I Started to Write (2006) by Melatu Uche Okorie followed by Conor Linehan (piano) with Alexander Scriablin’s Étude in C sharp minor opus 2 no 1; Topsoil (2007) by Siobhan Mannion and Síle Denvir (Irish harp) performed Seabhac na hÉirne. 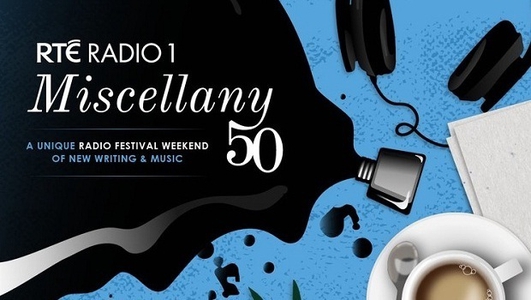