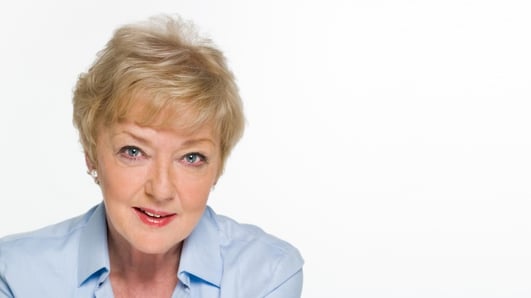 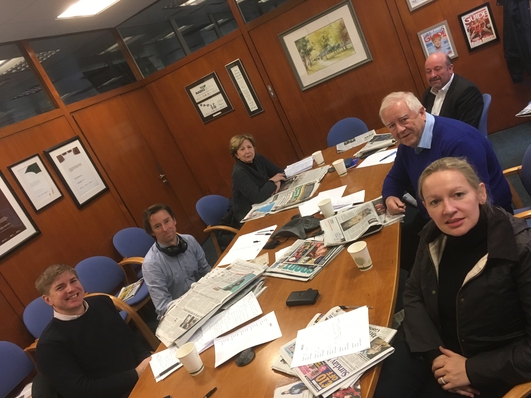 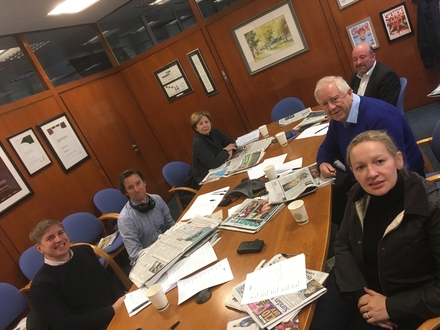 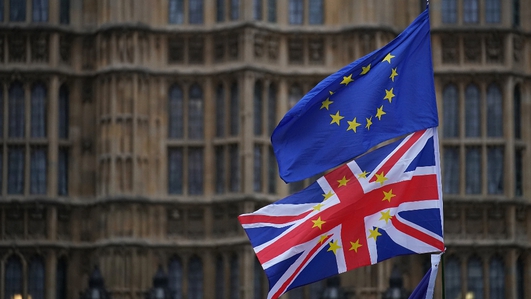 Impact of Brexit on Business

Marian is joined by chef and restaurant owner Richard Corrigan and Larry Murrin who is CEO of Dawn Foods.

Marian is joined by Adrian Weckler who is Technology Editor, Irish Independent.

- good for use as a home PC as it has unusually large amount of storage (1,000GB)

- powerful enough to do any ordinary activities

finds your keys, your wallet or your phone if you misplace them

Winter is a pain for smartphone use; screens don’t work through gloves. These Adidas mits have special thread in the fingertips to electrically connect your fingers to the screen’s controls.

- Great 5.5-inch screen, 16-megapixel camera, fingerprint reader (for security) and a decent 32GB of storage, which is considerably more than you’d get with some other budget phones.

Fingerprint scanner, decent 13-megapixel rear camera and a pretty nice five-inch 1080p screen. Where it cuts corners is on the sameness of the design and just 16GB of storage. However, there’s MicroSD expansion built in and battery life is fine.

Same old-fashioned phone you remember from 2005 with a few minor style tweaks. It has the familiar physical number pad and a small colour screen. There’s no 3G or 4G and its camera has a modest two megapixels. Battery life is amazing, though: you can go a full week between charges.

If you prefer downloading songs to streaming them (for example when you go running without a phone) Sony’s waterproof, wireless sports MP3 earphones are worth looking at. With 4GB of internal storage, you can hold a few hundred songs in almost any format. Tucked into your ear, they can withstand all manner of moisture, including full immersion to two metres.

Fitbit, which many know from the health-tracker wristbands that are so prevalent, has a new fancy smartwatch called the Ionic.  With a swipeable touchscreen, it has GPS, water resistance to 50 metres and can play music.

DJI’s smallest drone is easily the best sub-1kg drone you can buy. The footage (1080p ‘full HD’ rather than 4K ‘ultra HD’) is superb.  Its drawbacks are that it’s slower than bigger drones and has a small battery life (around 12 minutes).

Roberts Stream 93i is a decent FM, DAB and internet radio that also connects directly to Spotify and external audio sources wirelessly or over cable. The sound quality, for a radio, is excellent with a three-way speaker system and a bass sub-woofer.

The problem with many eReader devices such as the Kindle -- their universal six-inch screens are too small for some people with wavering eyesight. This means you either have to increase the font size so that you're swiping between pages every few sentences or you're left squinting at the device. At eight inches across, Kobo’s Aura One is about 50pc bigger than a standard Kindle screen. And if you're worrying about ebook choices, don't; outside the US, Kobo is now the only real mainstream competitor to the Kindle, so there are plenty of ebooks.

Ever wish you could get Netflix on your telly but didn't know where to start? Apple's TV set top box makes it brilliantly simple. You just plug it in to your telly and follow its instructions. It connects to your home wifi and lets you use a number of apps, including Netflix. The newest version supports 'ultra high definition' (or '4K') for watching movies and TV series in the best possible resolution. This is the easiest way to get into online 'streaming' apps on your telly.

The best TV speaker of the year is Sky's Soundbox (made by Devialet), which is about the same length as a DVD player and about three times as tall. It delivers beautiful, balanced, warm audio. As a bonus, it's a very tidy rectangular box so there are few messy cables.

- Apple’s in-ear AirPods are surprisingly firm in your ear. I’ve gone walking and jogging in them without any issue. The AirPods are a very good (and reasonably priced) alternative to some wireless in-ear rivals.

These wireless noise-cancelling headphones are brilliant. They completely block out at least 80pc of all external noise, especially loud hums or whirs.

Thought Polaroids were dead? Think again. The instant-printing camera category has made a serious comeback. The Instax Mini 9's prints are 2.1 inches by 3.5 inches and it’s fairly idiot-proof to use. Replacement photos cost around €10 for a pack of 10.

For a good quality camera system that won't break the bank, this is the best affordable model. The Lumix GX800 has the same basic optical technology (via its 16-megapixel sensor) seen in much more expensive models. It also has really handy flip-up touchscreen, while photos are sharp and detailed. There are around 70 different lenses available to the system.

Printing photos is a bit of a pain, whether it's a trip to the pharmacy machine or trying to hook up a home printer. HP's Sprocket makes the whole thing good fun. It's a pocket photo printer that prints 2x3 photos directly from your phone. If you prefer, you can get it to print directly from your Instagram or Facebook accounts. The prints (which come in packs of 20 for €12.99) also have peel-off backs to make them into stickers.

- Cheap device that doesn't have access to proper App Store; fine if you're 'techie' and can get around it, but for most people is a real let down

Prices are now high before Christmas, most will come down at 20pc the day after Christmas.

- They tend to be very flimsy, break easily, put you off using laptops; false economy