The Curlew was once a common and familiar sight in the Irish landscape, breeding in upland bogs and traditional meadows in the summer, then flocking to coastal estuaries, beaches and mudflats in the winter. Sadly, today this charismatic bird finds itself threatened with extinction, its population plummeting rapidly. 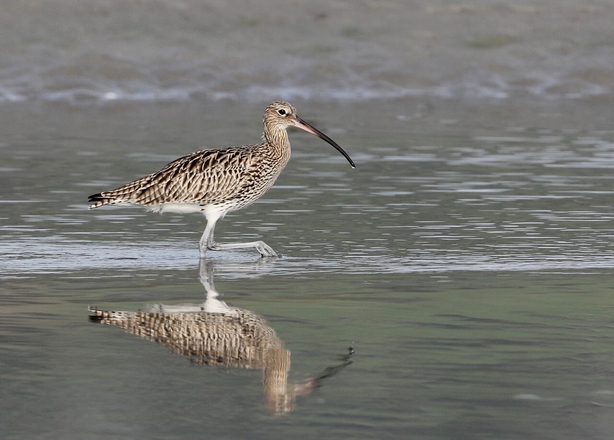 Until recently, the Curlew was taken for granted. It was known that numbers had dropped somewhat, as they had for many bird species, but decent flocks of Curlews could still be seen gathering at traditional winter feeding sites along the coast. The vast majority of these over-wintering Curlews were migrants from elsewhere in Europe, however, and their presence masked the true status of our core resident Irish breeding population.

It came as a huge shock, therefore, when survey work carried out by BirdWatch Ireland for the 2007-2011 Bird Atlas project revealed that Ireland's breeding Curlew population had suffered a catastrophic collapse and was on course for total extinction in a matter of a decade or two. The number of breeding pairs had declined by a staggering 97% since just the 1980s.

It would be tragic if the Curlew and its magical cry were to disappear from our landscape forever. The situation looks bleak, but hope is far from lost. Urgent conservation work is underway to pinpoint the reasons for the bird's decline and to develop the most effective ways to save it.

In this Mooney Goes Wild special Derek meets some of the conservationists dedicated to saving this iconic species.