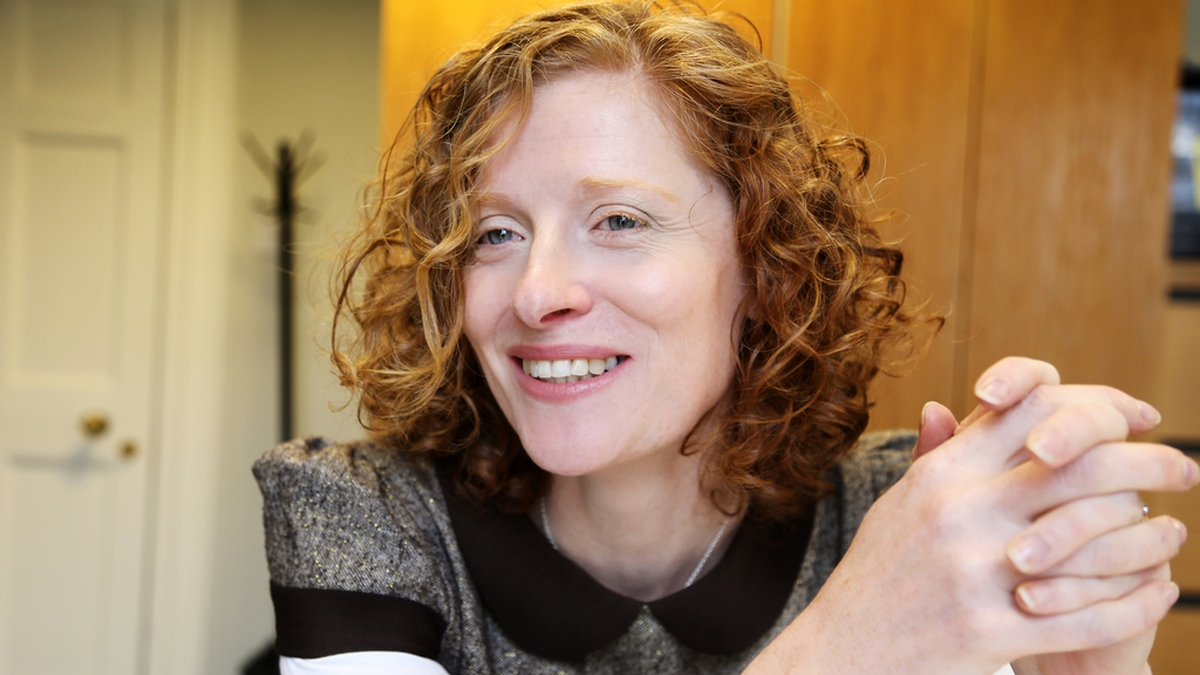 As Dublin city looks forward to its first LGBTQ Pride Parade in two years, historian and archivist Tonie Walsh spoke to Sarah McInerney on Drive Time about how the event has evolved, in the context of LGBTQ history in Ireland. Tonie describes it as a journey of self-discovery; not just for individuals, but for Irish society as a whole, and one which is marked by tragedy and loss as well as courage and joyful celebration.

Tonie went back to the very first Pride event in 1974, which he says was a protest against Victorian laws still on the Irish statute books criminalising consensual sex between men. Tonie says it was a small group, but they represented the whole island of Ireland:

"10 very brave men and women from Belfast and Dublin marched from the British Embassy to protest about the British laws that existed at the time, and marched into town to the Department of Justice. That really was the first public Pride event on the island of Ireland."

"It was followed a few years later with a whole week of events in 1979 after the Hirschfeld Centre, Dublin's community centre in Temple Bar opened. I joined it a year later - I would have been a fresh-faced 19-year-old – and at that time there weren’t enough people willing enough to go out on a march."

The legal situation had given rise to an atmosphere of fear and there was a campaign building for legal reform, Tonie says. Marching and handing out information leaflets was a big part of this, he says, as was engaging with people in general about LGBTQ rights:

"Bringing people up to speed with the fact that we needed to change the old Victorian legislation that existed at the time that criminalised sexual behaviour. And also, engaging people in conversations around equality."

He recalls a high point in the early 1980s when there were Pride picnics in Merrion Square, but there was still hostility to the event:

"It tells you how hostile the environment was at the time, that both in '81 and ‘82 the park wardens asked us to leave the park. And we were just a bunch of lesbians and gay men, sitting there, having cheese and wine and being, you know, fabulously gay!"

Sarah asked Tonie about a particular banner that was used in Pride marches in the early 80’s. He said there were a couple of memorable ones, but one in particular stuck with him:

"The one that lingered in my mind, and you’re right to recall it - it was a massive banner that the National LGBT Federation carried in the first Pride Parade of ‘83 and it said ‘Gay Liberation is your Liberation’".

Tonie says the banner spoke directly to him in a personal way; but then it occurred to him that the words had wider significance:

Tonie says the LGBTQ community were protesting their pride right through the 1980s, but it was the death of Declan Flynn that galvanised people into a huge public demonstration:

"An Aer Rianta employee was savagely beaten to death in Fairview Park, and that incensed people enough to organise a massive public demonstration in March ‘83. And as I often say to people, when you get 800 angry lesbians and gay men out into the streets, nobody’s going meekly back into the closet."

Declan Flynn was attacked in Fairview Park by four men and a 14-year-old boy, and died of his injuries. All five were convicted of manslaughter and all five walked free from court with suspended sentences. Tonie says that the anger at what had happened was enormous, but it was also channelled into something more positive:

"We funnelled all of that anger into something more joyous and celebratory. But it was still a protest, back in 1983."

He says there was a definite shift again in 1993 with the enactment of the Criminal Law (Sexual Offences) Act 1993, which finally repealed the Victorian-era laws that criminalised consensual sex between men:

"Once we got to decimalisation and as we moved towards the end of the ‘90s and Ireland started to grow up and embrace anti-discrimination legislation and equality legislation, I think we felt more able to shift the tone of the Pride Parade to something that was infinitely more exuberant and celebratory."

Tonie says he loves the inclusiveness of the event:

"I love the fact that Dublin Pride now is essentially a midsummer party that the whole city can embrace and be a part of."

You can listen back to the full version of Sarah’s chat with Tonie Walsh here. The History of Pride in Ireland | Drivetime - RTÉ Radio 1 (rte.ie)

Outitude, an award-winning documentary on Irish lesbian lives is broadcast tonight (Thursday 23rd June) at 11.20pm on RTÉ One and on RTÉ Player

Dublin Pride is on Saturday 25th June 12 - 3pm and you can more information and a map of the route here.