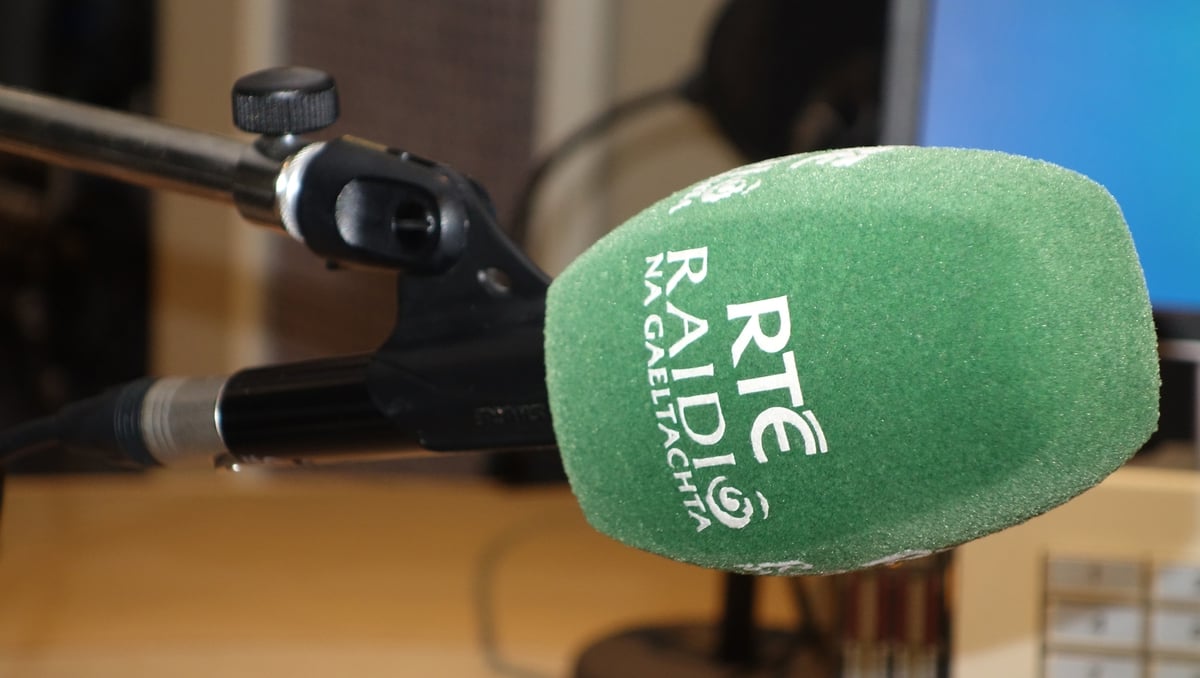 No one says the word beautiful like Michael Harding. He seems to imbue every syllable with an almost child-like wonder. It's a joy to hear him say it and, happily, he tends to say it a lot. Michael joined Brendan O’Connor to talk about his recent health issues and even though they were talking about fistulas and the loneliness of pre-op nights in hospital, Michael still found places to drop in beautiful. Case in point, here he’s telling Brendan about his love of hotels and their importance to rural Ireland:

"In rural Ireland the hotel is very often the centre of the town. It’s like a community centre. And I could name the hotels like, from Donegal to Leitrim, like the Bush Hotel in Carrick-on-Shannon. It’s a beautiful place where people go for their dinner, for their lunch and they pay cheaper than you’d make it for, you know?"

Beauty is subjective, of course, but to hear Michael Harding call something beautiful in his mellifluous manner is to believe that thing to be beautiful. There are things and there are situations that are not beautiful, though and when Brendan asks Michael about his health issues, the word beautiful takes a break from the conversation.

An artery in Michael’s spine began sending blood in the wrong direction. This led to effects which Michael describes as catastrophic, beginning with him falling:

"I would slip. You know, I’d be out walking and I’d slip and I would have a gap, you know, a sensation gap in the leg as it went to the ground. And that got worse. And then it started to heat at night, so that you woke wake every hour, like the bed was on fire. It was terrible. And I didn’t know what it was."

Eventually the sensation gaps extended to the muscles in his torso, leaving him numb with declining mobility in his stomach and, he told Brendan, at that stage he just couldn’t manage his condition. Enter the medical technology:

"If I didn't do an MRI in Sligo at that time, I probably would be dead by now. And that’s how important medicine is and how different things are when we get things like MRI scans."

A non-surgical remedy was attempted, which Michael describes as "like you'd block a pipe with cement," but the problem wouldn’t resolve. And so, coming up to Christmas, spinal surgery beckoned. Michael went into Beaumont Hospital in Dublin in the middle of lockdown:

"It’s a very lonely place the night before an operation. And I could see it in other people as well, the long wait that night, the sleepless night, that people are waiting when they know they’re ready for it in the morning, or when, you know, the side of their head has been shaved and a mark has been put on over their eye for wherever there’s going to be an incision for surgery. It’s a very, very lonely and scary place and tough for people who are on their own."

Despite the problems with his health over the past decade, Michael retains a remarkable sense of perspective:

"What happened me in the past 10 years is nothing. It is Mickey Mouse compared to real illness. And it only makes me more focused on real illness. You know, I am humbled to see the people Beaumont all the time who have serious, long-term issues that they’re trying to solve with surgery or chemotherapy or whatever. And they’re the real people to think about who are seriously ill or disabled."

So, colitis, a heart attack, spinal surgery, the sort of things that most people would consider pretty major health scares, are described by Michael as his "little adventures" which are "almost strangely comic" because he’s always come out on the right side at the end of it. But, he says, something’s going to get him in the end. And he described the many times he lay in a hospital bed feeling lonely and depressed and how he tried to manage those feelings:

He goes on to say that prayer is "a deeply enriching way of mindfulness". And just like that we’re back to beautiful again. You can hear Brendan’s complete conversation with Michael Harding by going here. He is – they are – a joy to listen to.