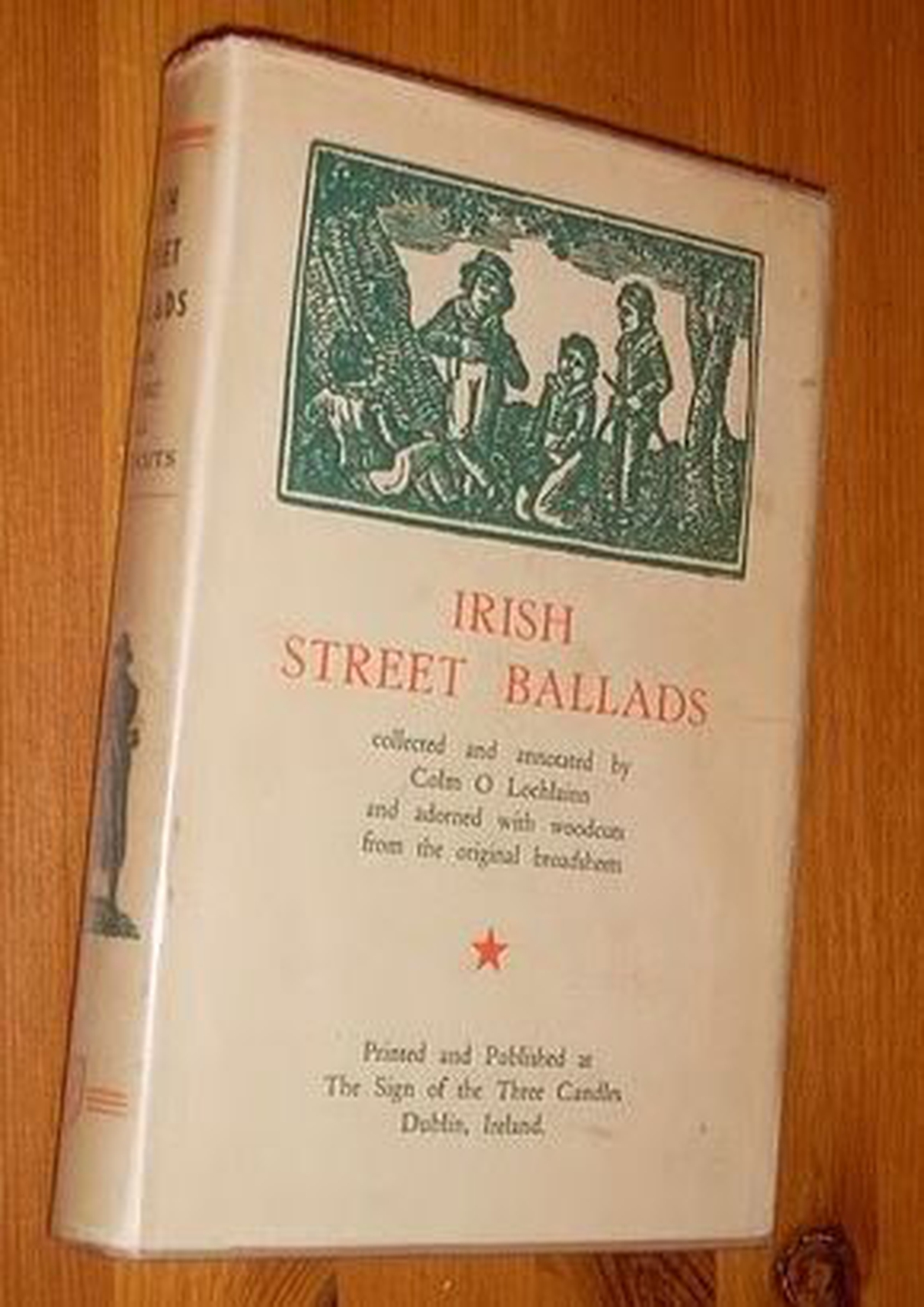 Colm Ó Lochlainn was a printer, collector of Irish ballads and piper - He founded his own press, 'At the Sign of the Three Candles Press' in 1926 - He also authored 2 books on Irish Ballads (Broadcast 1976)

A native of Kilkenny, Ó Lochlainn was a member of the Irish volunteers in 1916. He established the Candle Press in 1916. It was the winner of a bronze medal for bookbinding in 1924.

He founded his own press, At the Sign of the Three Candles Press, in 1926. He gave the aspiring piper Seamus Ennis his first job at this press, and Ennis collaborated with him on the Irish Street Ballads books. He succeeded Seamus Ó Casaide as volunteer editor of Irish Book Lover in 1930.

He was an assistant in the Faculty of Modern Irish at University College Dublin from 1933–1943, where he later became professor of Irish Language and Literature. He was also associated with the founding of An Óige.

He died in a nursing home in Dublin and was buried in Glasnevin Cemetery.

'Documentary on One is the home of Irish radio documentaries - the largest library of documentary podcasts available anywhere. We tell stories in sound, mostly Irish stories, with each documentary telling its own story'