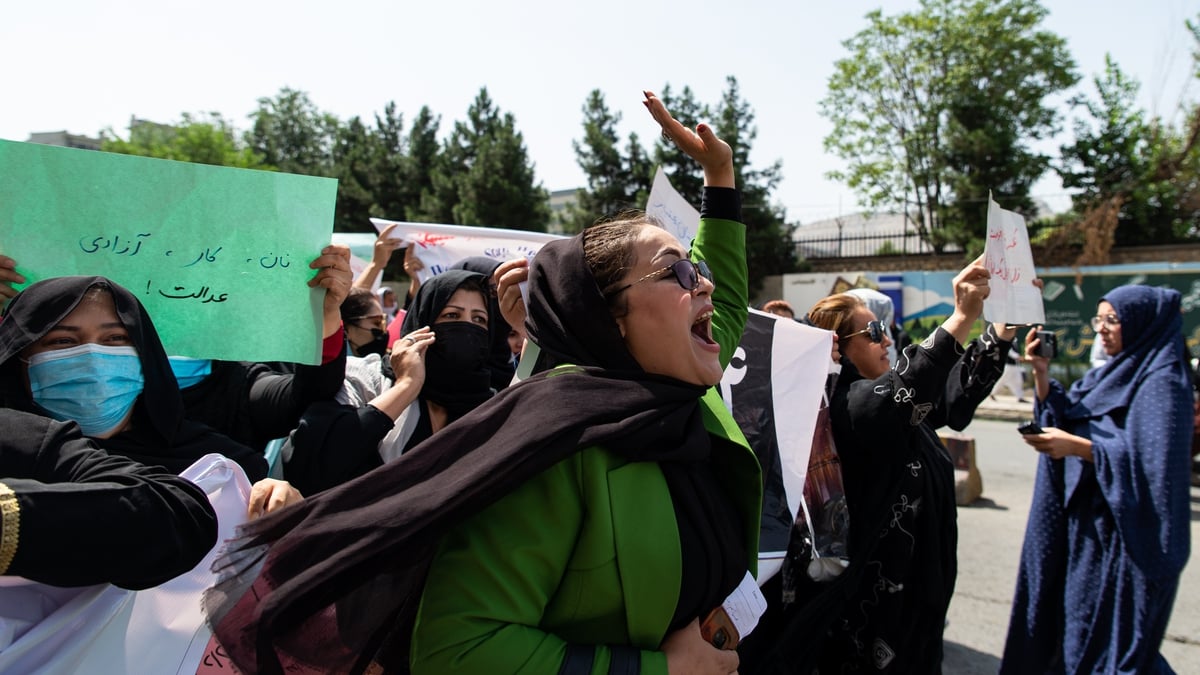 The Taliban and Me

The Taliban and Me tells the story of three women and how their lives changed when the Taliban returned. It includes on-the-ground reporting and interviews from Kabul by journalist Hannah McCarthy who travelled to Afghanistan for the documentary. (2022)

Twenty years after the U.S invasion of Afghanistan, the Taliban returned to Kabul on 15 August 2021. The city's fall followed the end of the US occupation that began in the wake of the 911 attacks. Overnight, life changed for those who had called the Afghan capital their home.

After two years working for an educational NGO in Afghanistan, Irish teacher Aoife McManus found herself trying to escape a city controlled by the Taliban. The new regime had swiftly recommenced its war on girls’ education and threatened to roll back the progress made by women over the last twenty years.

Elsewhere in Kabul, Afghan citizens found themselves hiding from hundreds of Taliban and ISIS militants.

As news outlets beamed photos of Taliban militants sitting in the Presidential Palace in Kabul and footage of desperate Afghans falling to their death from a US evacuation plane, Donegal native Mary Ellen McGroarty remained in Kabul. As the World Food Programme’s country director for Afghanistan, Mary Ellen knew that conflict, drought and punishing sanctions would leave millions hungry.

This was no time for her to leave and she would have no choice but to work with this new incarnation of the Taliban.

"The Taliban and Me" tells the story of three women and how their lives changed when the Taliban returned. It includes on-the-ground reporting and interviews from Kabul by journalist Hannah McCarthy who travelled to Afghanistan in November 2021.

Produced by Hannah McCarthy and RTÉ Documentary On One team.