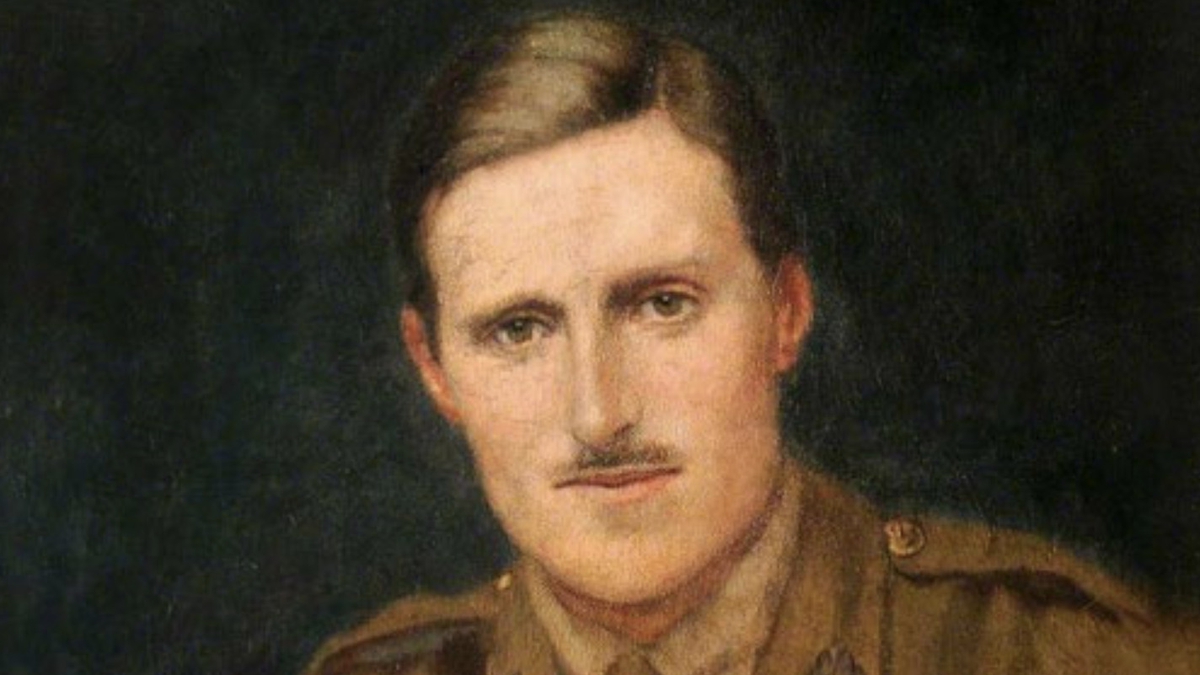 I Am To Be Shot

An English officer is about to be executed by the IRA. He writes to his wife to tell her of this. She later learns that he was captured on his way to meet another woman. (2021)

Geoffrey Compton-Smith walked into a shop in Blarney, Co. Cork, to buy cigarettes. He knew a few minutes later that, "I had put my foot in it".

Although he was wearing casual clothes, a couple of men in the shop realised that he was a British Army officer.

It was Ireland in April 1921, no British soldier was to be out of barracks on his own.It was the height of the War of Independence.In Cork prison, four IRA men had been sentenced to death by the British authorities.

The IRA in Cork were looking for a hostage to bargain for the lives of those IRA comrades.

When a couple of volunteers were in the cigarette shop and Major Geoffrey Compton-Smith walked in they knew they had found one.

They took him to various safe houses before finally keeping him in a remote farmhouse near Donoughmore, Co. Cork.

Geoffrey Compton-Smith was 31 years of age, married to Gladys and with one child, a daughter, Anne.

Geoffrey and Gladys' relationship had had its difficult times - in one letter, she had accused him of being unfaithful.

But, at the time of his capture, their letters were affectionate and spoke of a shared love of sketching. He wrote about drawing the Cork countryside. When he was captured, he had told his colleagues that he was out on a sketching trip.

Geoffrey had wanted to become an artist but his father insisted he join the army. He was injured in France in 1917. In Ireland, in 1919, those injuries still troubled him and he spent some time in hospital in Cork.

Major Geoffrey Compton-Smith was held in an outhouse at the farm for two weeks. The farm buildings are high up on a hillside - ideally-positioned to watch over the Cork countryside for British patrols.

In the evenings, Major Compton-Smith was taken into the farmhouse, where he sat by the fireside, ate, spoke to his captors and even joined in with rebel songs.

Then, the British Army executed the four IRA men they had been holding, Patrick Ronayne, Thomas Mulcahy, Patrick Sullivan and Maurice Moore.

The IRA men holding Geoffrey Compton-Smith told him this news and he then knew that he was also to be shot. He asked if he could write some letters. He wrote to his regiment, his father, and his wife, Gladys.

His letter to Gladys read:

"My own darling little wife,I am to be shot in an hour's time. Dearest your hubby will die with your name on his lips, your face before his eyes, and he will die like an Englishman and a Soldier. "

He was then taken out into the bog above the farmhouse. He gave the IRA officer in charge, his watch in recognition of his respect for him. He asked for a cigarette, and told the firing squad that when he dropped it, they were to shoot.

He was buried in the bog in an unmarked grave.

That was at the end of April 1921. Within months there was be a ceasefire with IRA Chief-of-Staff, Richard Mulcahy saying he did not want to kill any more Englishmen like Compton-Smith.

Then theIrish delegation travelled to London to negotiate a treaty. While they were there, Michael Collins was approached by a cousin of Gladys Compton-Smith to see if he could help retrieve her husband's body.

Geoffrey's final letters were made public. The one to his regiment expressed his admiration for the "Sinn Feiners", which led the Daily Sketch newspaper to describe him as "The IRA's Beloved Englishman."

But the letter which caused most distress was the one he wrote to Gladys and which was read in the British House of Commons. The MP who read it out mentioned that Geoffrey Compton-Smith was captured while on his way to meet "his wife's nurse".

The IRA believed that he had been meeting occasionally with a nurse he met while a patient in the hospital in Cork and that he was not, in fact, on a sketching trip in Blarney.

Gladys wrote to Michael Collins to ask where and when he was captured and if he was alone.

In 1926, the location of Major Compton-Smith's body was revealed by the Cork IRA. He was given a military escort by the Irish Army to the British military cemetary in Whitegate.

His father and daughter, Anne, visited his grave the following year. His wife, Gladys, never did.

A portrait of Geoffrey Compton-Smith was painted by the artist, Sir John Lavery for Gladys in his memory. She never took possession of it and it is now owned by the Hugh Lane Gallery in Dublin.

Joseph Twomey also sang "The Rising of the Moon", as did Rupert Peploe.