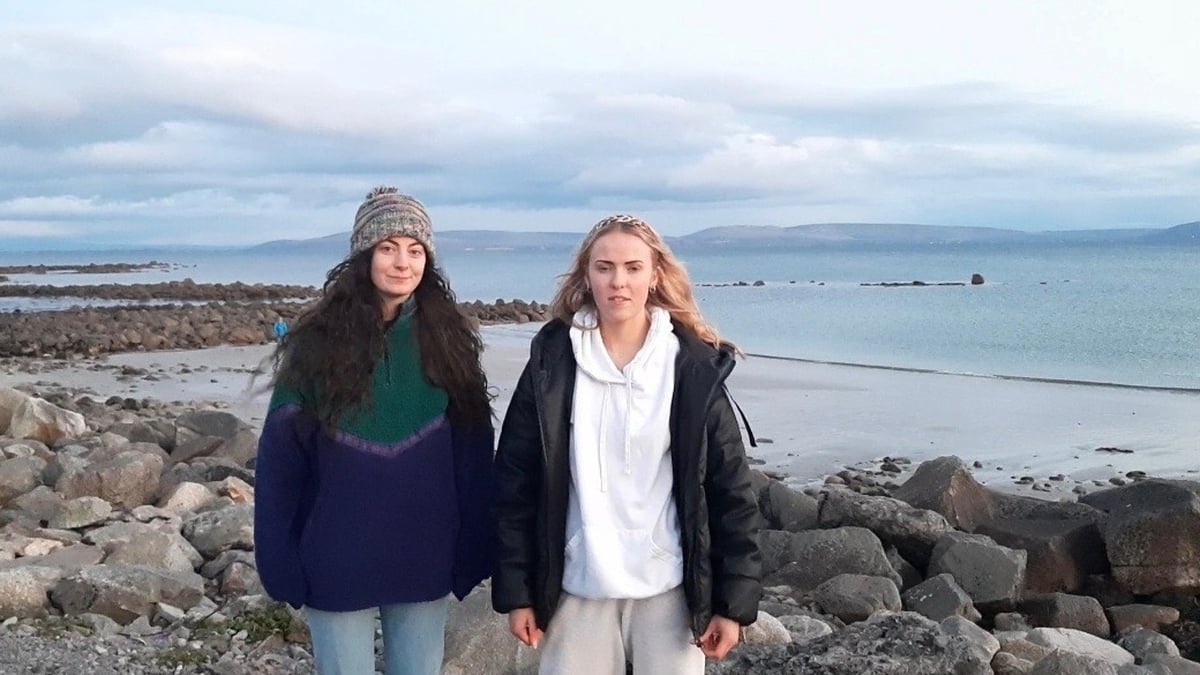 A balmy summer's evening quickly turned into a nightmare for cousins Sara Feeney (23) and Ellen Glynn (17) after they were swept out to sea on paddleboards. A miraculous rescue and story of endurance as Sara and Ellen survived 15 hours at sea. (2021)

When 23-year old NUI Galway graduate Sara Feeney and her 17-year old cousin Ellen Glynn set out for a short spin on paddleboards one evening in mid-August 2020, they only expected to be on the water for a short time.

Covid-19 restrictions had prevented them from going to their closest beach at Silver Strand on north Galway Bay, so they drove out with Sara's mum Helen to Furbo beach, 12 km west of Galway city.

There were swimmers in the water, enjoying the heat in fading light as they pumped up the inflatable boards and took to the water at around 9.30pm.

Sara’s mum Helen walked her dog, Otis, along the short shoreline. Within a short space of time she wondered why she couldn’t see the cousins on the water.

Little did she know at that time that the two women were shouting and frantically waving their paddles, unable to make it back to shore.

The northerly breeze had turned north-easterly and gained in strength, and the two women had no means of communication – Ellen had forgotten her wet bag that normally carried her mobile phone. They were wearing lifejackets, but no wetsuits – only bikinis – and had no food or water.

Realising they were in danger of being separated, the two women strapped their boards together. Back on shore, Helen Feeney had dialled the emergency services and had been put through to the Irish Coast Guard.

For a time, the two women remained confident that they would be located and were initially only worried about all the trouble they would have caused. As darkness fell and the hours passed, they spotted boats and a helicopter coming close enough to light up the sea around them, but in the vast sea area they could neither be seen nor heard.

Shooting stars and bioluminescence lifted their spirits briefly, and Ellen sang every Taylor Swift song that she knew. Conditions worsened, with heavy rain. When a lightning storm

forced an Irish Coast Guard helicopter to fly off to the north, they knew they would have to try and survive the night. By now, they were clinging to their boards in a heavy swell.

As the fog lifted well after dawn, they realised just how much trouble they were in, with the Cliffs of Mother just south of them, the Aran island of Inis Oírr to the north, and the Atlantic to the west.

They had been carried all of 18 nautical miles or 33 kilometres diagonally across Galway Bay and out into the ocean. A chance sighting of floats attached to crab pots set by Aran fisherman Bertie Donohue saved them from drifting further.

When they were located by Galway fisherman Patrick Oliver and his son Morgan in their catamaran, Johnny Ó, the two women had been the focus of a major air/sea search co-ordinated by Valentia Coast Guard and had spent 15 hours at sea.

"We found them, but they saved themselves," Patrick Oliver would say later.

This documentary features interviews with Sara Feeney and Ellen Glynn and their families one year on, speaking also to key people involved in their rescue, recalling how a balmy evening turned into a long, dark terrifying 15 hours that will be remembered as the miracle of Galway Bay.