Tropical Storm Eta has pushed into Honduras after leaving behind a trail of destruction in Nicaragua, where it made landfall as a Category Four hurricane.

A fifth person died in Guatemala.

The US National Hurricane Center (NHC) said the storm had weakened to a tropical depression, but continued to warn of "life-threatening flash flooding" over portions of Central America.

Honduras' emergency response commission COPECO said 3,000 people had been moved from their homes in the path of the storm.

Landslides swept away roads and at least five bridges, and the highway linking the capital Tegucigalpa with second city San Pedro Sula was cut off by a mudslide, it said.

Honduran President Juan Orlando Hernandez called for solidarity to overcome the challenges caused by the destruction.

Authorities had to move around 700 prisoners in the city of El Progreso, north of the capital, to local gyms after the jail was swamped by rain and flooded to waist level.

In neighbouring La Lima, hundreds of families fled their homes and took refuge in makeshift plastic and sheet metal shelters erected along a highway median. 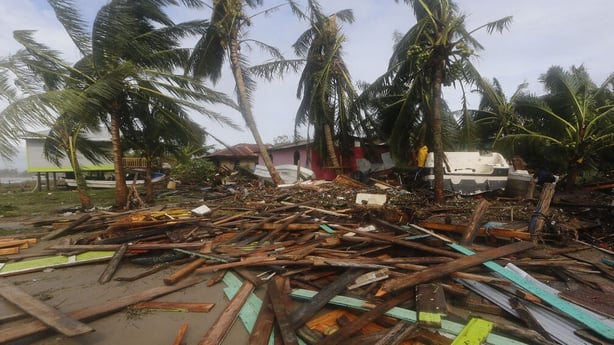 "The information we have is that the community of Wawa no longer exists, the sea has completely entered the community," local emergency volunteer Kevin Gonzalez said.

He said the hurricane also severely damaged the coastal communities of Karata and Haulover. 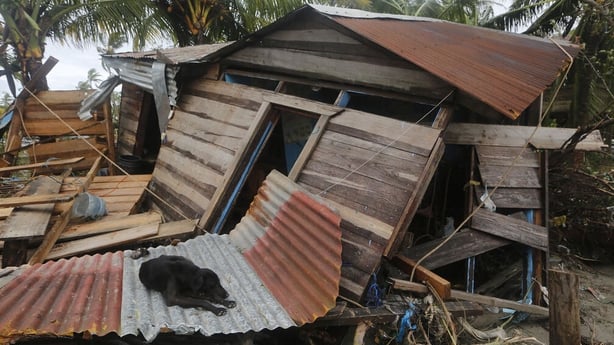 Bilwi, the biggest city on the northern coast, "has been badly affected, there are surrounding neighbourhoods and bridges that are flooded, many houses are without roofs," said Mr Gonzalez.

The hurricane is likely to have a devastating effect on the communities' main livelihoods of fishing and agriculture, said the World Food Programme (WFP), which has sent 80 tons of food aid to the region.

The storm is forecast to continue moving inland over central Honduras.

As the surface layer of oceans warms due to climate change, hurricanes are becoming more powerful and carrying more water, posing an increasing threat to the world's coastal communities, scientists say.

Storm surges amplified by rising seas can be especially devastating.

Guatemala issued a flood warning in the regions bordering Honduras.

President Alejandro Giammattei said in a televised address that at least two major rivers were in danger of overflowing their banks.

In El Salvador, President Nayib Bukele said that more than 100,000 people from relief organisations, the police and army were ready to help during and after the storm.

Before Eta retreats, it is expected to dump another 38-76cm of rain over Honduras, Guatemala and Belize, and another 38-50cm over Nicaragua. Some areas could see up to 102cm, NHC said.

Eta is the 28th named tropical storm of the 2020 Atlantic hurricane season, tying a record set in 2005, the NHC said.