Power has been restored to most homes, farms and businesses who had been cut off as a result of Storm Dennis.

The ESB said that at one point yesterday afternoon there were 18,000 premises without electricity.

Met Éireann has lifted all its weather warnings following the storm. 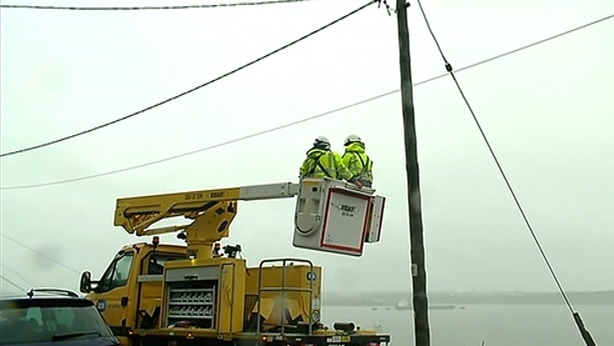 Gusts of up to 120km/h were recorded at Mace Head in Galway and Met Éireann said that the strongest winds were on exposed hills and coasts. 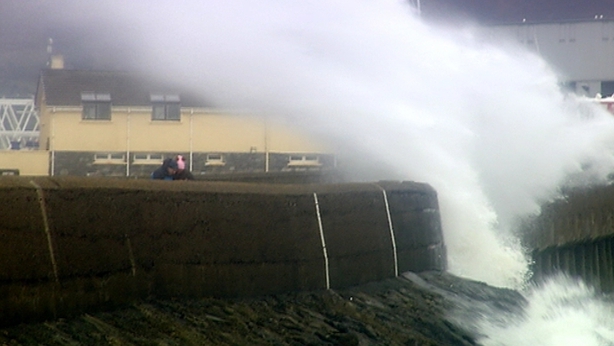 Gardaí and the Road Safety Authority have urged road users to be extra cautious and to be aware of potential floods and fallen debris.

The storm caused the River Drowes to burst its banks at the Leitrim/Donegal border. As a result, adjacent fields in the Tullaghan/Bundoran area were flooded.

Elsewhere, Storm Dennis lashed parts of the UK with more than a month's worth of rain in 48 hours and winds of more than 140km/h.

Pilots flying an Etihad A380 performed a dangerous crosswind landing at London's Heathrow airport on Saturday, as Storm Dennis laid siege to the UK and Ireland | Read more on #StormDennis: https://t.co/HmzOury2bM pic.twitter.com/AoWynZAWdV

South Wales Police declared a major incident as firefighters and rescue crews continued to help communities who have been cut off due to the flood water.

One of the worst-hit areas in South Wales was the village of Nantgarw, Rhondda Cynon Taff, near Cardiff, which had seen entire streets left underwater since the early hours of yesterday morning.