Storm Lorenzo will bring high winds and heavy rainfall likely to cause flooding, power outages, fallen trees and damage to property when it arrives in Ireland.

A status orange wind warning has been issued for six counties and a status yellow warning nationwide between tomorrow evening and Friday morning, when Storm Lorenzo is expected to make landfall.

The orange warning for Galway, Mayo, Clare, Cork, Kerry and Limerick will be in place from 6pm tomorrow to 3am Friday.

It said storm surges would produce coastal flooding and damage.

Two separate status yellow warnings for wind and rain were issued to come into effect from 9am tomorrow until 6am Friday.

Met Éireann said spells of heavy rain, in excess of 50mm in parts of the west and northwest, will result in flooding.

The forecaster said the impact of the storm would differ from area to area and that people should adhere to the advice of their local authorities.

Minister for Housing, Planning and Local Government Eoghan Murphy said Storm Lorenzo would have an "unpredictable impact" on Ireland, but flooding and power outages would be likely.

Mr Murphy was speaking after the meeting of the National Emergency Co-ordination Group in Dublin, at which preparations for the storm were discussed.

He said the crisis teams are on standby across the country to deal with any situation that may arise as a result of the wind and rain.

The Head of Forecasting at Met Éireann said Storm Lorenzo will have significant and disruptive impacts in parts of the country.

Evelyn Cusack said that while there could be Status Red impacts in some coastal areas, Met Éireann does not expect the current weather warnings will be upgraded.

She said Lorenzo would bring "violent storm force winds" for a time tomorrow evening, with some coastal flooding and coastal damage likely. She also said there will be heavy rain and thunderstorms with lightning.

The Department of Education has said that schools and all other education centres in areas affected by a status orange alert should remain vigilant, and keep themselves up to date on updates from Met Éireann, local authorities, local radio, and gardaí.

It advised schools and other education centres to err on the side of caution if in any doubt.

The department said they should make closure decisions if, in their judgment and in the interests of the safety of the school community, it is prudent to do so.

Local authorities around the country have been preparing for the storms arrival. Flood defences are being erected and sandbags prepared in areas where flooding is likely.

Minister Murphy has appealed for people to stay back from coastal roads and exposed piers in the counties covered by the orange warning and to check on elderly neighbours to ensure they are prepared for any loss of electricity.

He said the path of Storm Lorenzo will continue to be monitored, with another meeting of the NECG to take place tomorrow morning to assess the latest forecast and preparations. 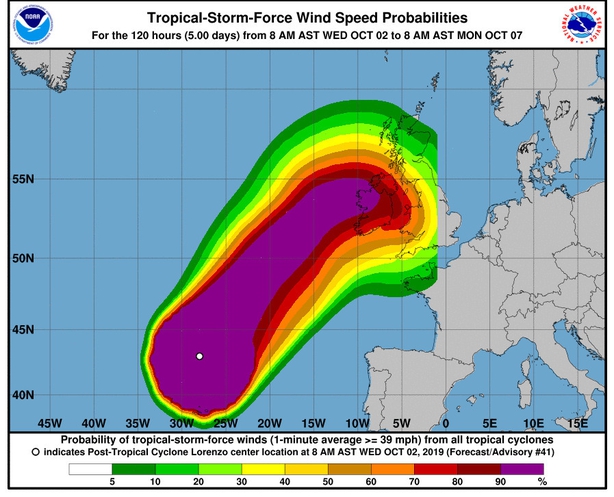 Lorenzo, which is the most northerly and most easterly large hurricane ever to form over the Atlantic Ocean, is now headed straight for Ireland after passing over the Azores last night.

The storm, which is currently a Category 1 hurricane, is expected to weaken considerably along the way, but will still bring fierce winds, heavy rains, and very high seas to Ireland where it is due to make landfall tomorrow evening.

The Irish Coast Guard and the RNLI have warned the public to take care while outdoors and along the coastline during the storm.

In a joint statement, they said: "Leisure craft users are also being advised to avoid any unnecessary marine activity.

"In addition, walkers are advised to avoid any exposed areas, including seafront walkways, as they may be hit by sudden gusts exposing themselves to unnecessary danger." 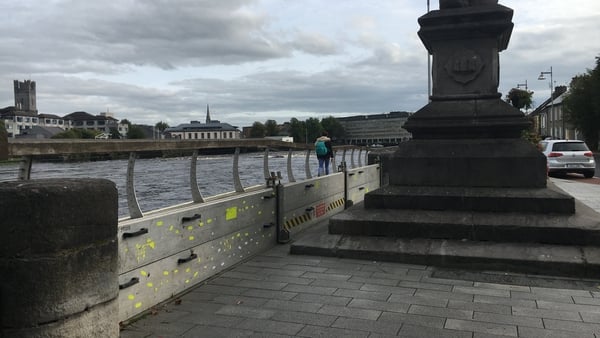