Up to six centimetres of snow is forecast to fall tonight in Leinster, where an orange weather warning is now in place.

The Status Orange warning - the second highest level - has been issued for the east of the country with daytime temperatures forecast to dip to 0C.

The Orange alert came into force at 3pm and will remain valid until 11am tomorrow.

Snow showers are expected this evening along with a widespread frost and icy conditions in Dublin, Carlow, Kildare, Laois, Louth, Wicklow and Meath.

Meanwhile, a Status Yellow snow and ice warning came into effect at 6pm and is valid until 11am tomorrow for Kilkenny, Longford, Wexford, Offaly, Westmeath, Cork, Tipperary and Waterford with accumulations of up to 3cm in some areas likely.

Met Éireann says air and ground temperatures will be 5-10 degrees below normal this week and heavy snow is expected on Thursday.

In a statement to the Dáil earlier today, Leo Varadkar said the Government's National Emergency Coordination Committee was managing the response to the storm.

Mr Varadkar said he hoped people would look after their neighbours, look after the elderly and not do anything that would put their lives or the lives of others in danger.

He said all necessary information is available online on www.gov.ie.

The chairman of the National Emergency Co-ordination Group, Sean Hogan, said people should make necessary preparations between now and Thursday.

She said the major event is forecast to hit the south coast first around the late daylight hours on Thursday afternoon.

Members of the Defence Forces are on standby ahead of the predicted poor weather conditions.

At this stage, personnel stand ready for tasking at barracks around the country, with the Air Corps also available to respond as the need arises. 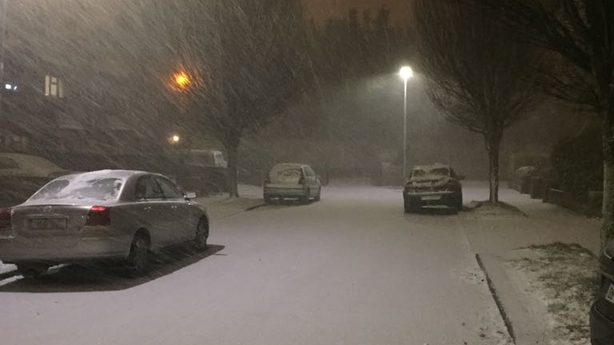 It is expected that in the event of heavy snow falls, they would assist in transport and ensure vital services remain operational.

Contingency plans are in place to deal with the impact of bad weather, with specialist vehicles available for the transportation of staff and supplies.

Minister of State with responsibility for Defence Paul Kehoe has said public safety is the primary concern in the event of snow, ice and gale force winds.

Minister for Housing, Planning and Local Government Eoghan Murphy has said various preparations are in place to deal with the storm.

Speaking on RTÉ’s Morning Ireland, Mr Murphy said every effort will be made to keep roads open and there are adequate stocks of salt and grit, and more than 300 snowploughs available to move snow from major intersections.

Private companies, for recovery of vehicles, have also been put on standby in case cars get stuck.

Mr Murphy said there was plenty of time for people to check up on their elderly and vulnerable relatives and neighbours and ensure that they have adequate supplies of fuel and food.

The Health Service Executive has said hospital and community healthcare services are working to ensure safe delivery of services for the public during the cold weather.

It said the HSE's social media accounts will be communicating any postponement of appointments and clinics and any emergency arrangements.

It said that a range of challenges present to the health services in inclement weather such as people not being able to get to hospital appointments or to have visits from a public health nurse.

The public have been asked to check that they are stocked up with any medicines and health care supplies they may need this week, given they may not be able to get to a pharmacy if conditions are poor.

The executive said it will be monitoring updates from Met Éireann and the Office of Emergency Planning and will be working in partnership with local authorities, gardaí and voluntary agencies over the next few days.

Add extra time for journeys in the snow, says Tony Toner of the Institute of Advanced Motorists of Ireland pic.twitter.com/czOAAALIdP

Call for fuel allowance to be doubled

The Taskforce meeting was also told that a number of supports are in place to help householders who cannot meet their fuel need.

Helen Faughnan of the Department of Social Protection said the Exceptional Needs Payments, which is means-tested, and the Urgent Needs Payment, for those who do not normally qualify for social welfare payments, were available.

She said if people have an issue they should purchase their fuel and talk to their community welfare officers who will examine the claims with sensitivity.

Head of Advocacy Age Action Ireland Justin Moran has called for the fuel allowance to be doubled this week.

Mr Moran said it would be the easiest and most effective way of assuring families on low income and elderly people that they will be able heat their homes, as temperatures drop.

Do you have Vulnerable family, friends or neighbours?

✔ Warm
✔ Plenty of fuel/credit for prepay
✔ Supply of food and water
✔ Supply of medications
✔ Smoke/CO alarm
✔ Mobile phone and charger
✔ Someone to rely on for helphttps://t.co/xcaScS9r3O #BeastFromTheEast pic.twitter.com/I15gLzO12U

Speaking on RTÉ's Today with Sean O'Rourke he said this would cost €22.50 per eligible household.

He said that there was a good deal of awareness about the Exceptional Needs scheme but there was no guarantee of getting the money and it was a very cumbersome process.

Mr Moran said older people needed assurance that they would be reimbursed and he urged people to look in on elderly neighbours and make sure they have everything they need. 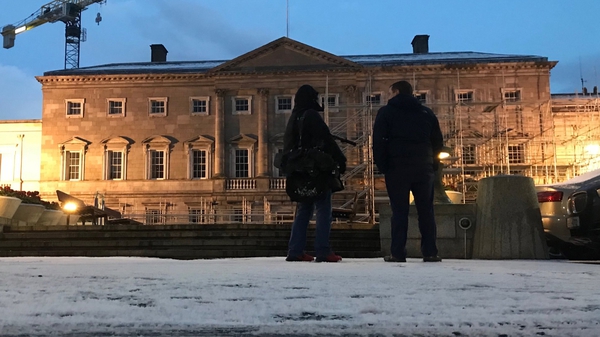