A man in his 60s has died following a fall while out walking at the Devil's Chimney waterfall in Glencar, Co Sligo, last night.

It is understood the man was on holiday in the area from Co Galway with his partner when the accident happened.

Henry Doherty, PRO with Sligo Leitrim Mountain Rescue, said the man appears to have become disoriented and fell down a gully into a stream.

Sligo Leitrim Mountain Rescue received a call around 7pm and a team of ten people responded. 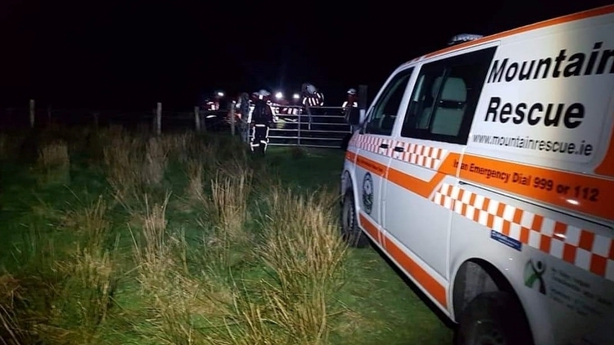 They hauled the man from the water 20 metres up to a field in challenging conditions.

Paramedics carried out CPR, but Mr Doherty said unfortunately the man did not survive and was pronounced dead at the scene by a doctor.

Mr Doherty paid tribute to other emergency personnel who helped in the operation which was stood down at 2am, including the Coastguard Rescue 118 helicopter, the gardaí and the National Ambulance Service.