A little tin church has stood on the hillside in the village of Lurganboy in Leitrim for 160 years.

It arrived on the back of horse-drawn carriages in flat-pack form in 1861 and was erected the following year as a Chapel of Ease for the local Church of Ireland community, so-called because it eased the pressure on nearby Manorhamilton and Glencar by providing extra space for their over-flowing congregations.

The tin church was the Ikea of its time according to the new vicar at Lurganboy, Reverend Albert Dawson.

It has withstood the test of time and storms, with just minor refurbishments carried out in the past, but now, he says, it needs a lot of restoration work done.

A conservation plan has been drawn up which includes the installation of heating as well as restoring the windows and other elements of the corrugated iron building.

The importance of the building is not just historic - it's the last remaining tin church in Leitrim and one of very few left around the country, but it's also a vital part of the local community. 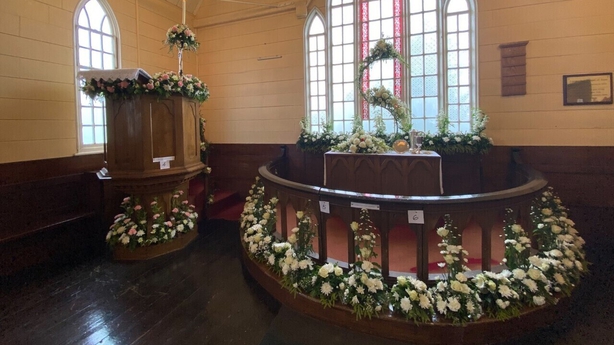 It's not just for the Church of Ireland congregation according to Rev Dawson, it's for everybody in the community and they are all working together to ensure its future.

As the only remaining public building in the village, its role in the community is central.

Lurganboy has lost its pub, shop and creamery and the tin church provides a meeting place for local people.

Caroline Durneen said a survey has been carried out of villagers and they have come up with lots of ideas for the church including holding book clubs, writing clubs and first aid classes there. However, she said, they need funding to restore it and put in basic facilities like toilets.

It's estimated that the work will cost up to €150,000 and Reverend Dawson said they will get some grant-aid but it will not nearly be enough to complete the work.

So, this weekend marks the start of a major fund-raising drive for the project. The first event is a flower exhibition which has seen the tin church decked out with an array of flower arrangements for the bank holiday weekend.

Many of the arrangements inside the church tell stories connected to its 160-year history including the setting of the foundation stone in 1862 by Grace Florence Wynne on the site of the old military barracks. 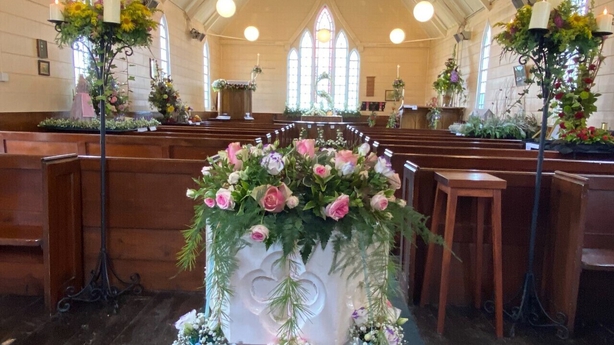 Two coins, one silver and one copper, were laid in the foundations but they are now on display with the flower arrangements, having been uncovered when the church moved slightly in a storm in the 1980s.

Liz Byrne and Mabel O'Malley created an arrangement featuring local scenery and a nearby waterfall and for Liz being part of the drive to restore the church is very important.

Generations of families have been involved with the church, she said, and it means everything to everyone.

A series of events, including an evening with local poet Stephen Murphy in September and a scare-crow festival, has been planned.

There will also be a 'go-fund me' appeal set up to help raise the money needed to restore this unique piece of history and to allow it to continue in its role in the community of Lurganboy for many more years to come. 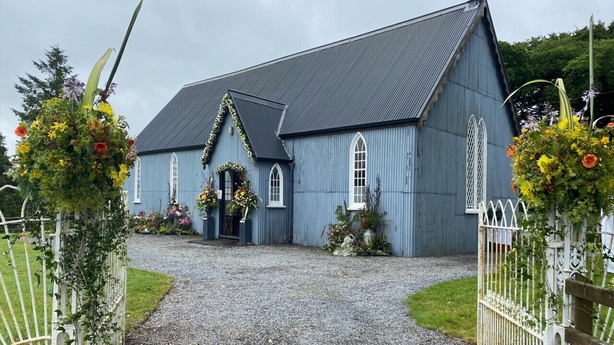