A large cruise ferry aimed at bringing more tourists to and from the southeast will be introduced to Rosslare Europort before the end of the year.

The Galicia will be added to Brittany Ferries' Rosslare-Bilbao route in November, boosting the amount of passengers going in and out of the port.

The Rosslare-Bilbao route from Ireland to Spain is currently serviced by the Connemara, run by Brittany Ferries as a primarily freight vessel with limited facilities for holiday-makers.

"Now the route has proved a success however, attention is turning to passenger traffic," a spokesperson for the company said.

Confirmation of the new ship for Rosslare was announced today by Brittany Ferries President Jean-Marc Roué, who earlier this year became Honorary Irish Consul in Brittany.

He, along with the company's Chief Executive, Christophe Mathieu was in Rosslare to meet with the port of Rosslare executives and local business leaders and said that the introduction of the Galicia was a further indication of the company's long-term commitment to Ireland.

The introduction of the Galicia on the Bilbao to Rosslare route will allow Tourism Ireland to highlight ease of access from the greater Bilbao region and to encourage holidaymakers there to come and discover Ireland by car.

The visit to Rosslare followed on from yesterday's visit to the Port of Cork where the company confirmed that its twice-weekly service from Cork to France, which was launched earlier this year will become a permanent feature of the company's sailing schedule.

"Our research has indicated that there is a demand there from Irish people wishing to holiday in Spain and the Galicia will certainly make for a far more enjoyable experience for them," Mr Roué said.

"The job now is to work in partnership with tourism bodies in Ireland and Spain to ensure that holiday makers fill our ships and enrich destinations in both markets."

"The Galicia will ensure that as well as freight customers, holidaymakers will benefit from this partnership, and provide a more sustainable travel choice for tourism to and from Ireland's southeast and beyond."

Siobhan McManamy, Tourism Ireland's Director of Markets, said the news is a vote of confidence in Irish tourism.

"As an island, the importance of convenient, direct access cannot be overstated it is absolutely critical to achieving growth in inbound tourism.

Brian O'Flynn, Head of Ireland's Ancient East at Fáilte Ireland, said the addition of increased capacity from continental Europe to Rosslare by Brittany Ferries "will play an important role in tourism recovery by providing greater access into Ireland for overseas visitors".

"This announcement demonstrates strong confidence in these routes and the resulting increased visitor traffic will contribute to and support the major investment that is currently taking place in Rosslare Europort." 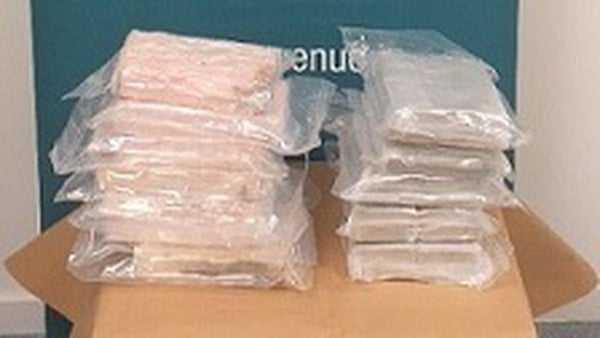