A new initiative has been launched to encourage Irish speaking during everyday business in Dublin city centre.

BÁC le Gaeilge is a Government funded programme to encourage more use of Irish among the more than 17,000 daily speakers in Co Dublin.

Dublin comes third behind Galway and Donegal in the amount of daily Irish speakers outside of schools.

In total there are 431,413 people who can speak Irish in Dublin according to the census.

One aim is to encourage private businesses to provide Irish language options for customers.

The Government Chief Whip and Minister of State for the Gaeltacht and Sport, Jack Chambers has approved funding of €325,000 for Conradh na Gaeilge to establish and develop the project between 2021 and 2024.

Dublin City Council will also be a partner and donating €30,000 a year.

Conradh na Gaeilge's Head Office at 6 Harcourt Street will be used as a centre for businesses and the public to provide information and to encourage them to use Irish language services. 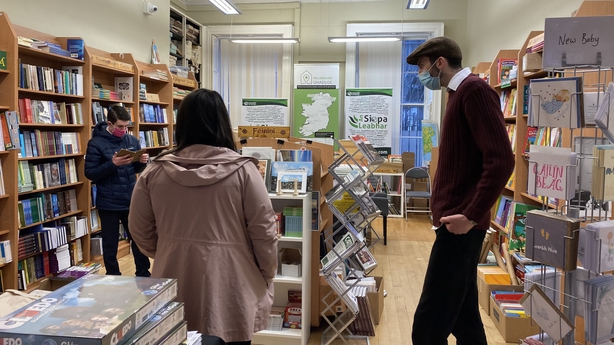 Secretary-General of Conradh na Gaeilge Julian de Spáinn said: "Interest in the language and the use of Irish in Dublin is growing, especially among young people, and Baile Átha Cliath le Gaeilge is now in place to ensure that the language is seen, heard, and used more in ordinary city life".

The BÁC le Gaeilge will encourage businesses to use Irish in signage, websites, advertising and menus in cafes and restaurants.

It will also be aiming to develop an Irish Language Quarter and work with the city council to develop a future language plan for the city.