Opposition to a British government plan to ban future prosecutions related to the Troubles in Northern Ireland is to be raised with the UN Human Rights Council.

Several relatives of victims have joined with Amnesty International to make a statement to the UNHRC.

Bereaved relatives of Aidan McAnespie, Tom Oliver, Majella O'Hare and brothers John Martin, Brian and Anthony Reavey are involved, as is Francis McGuigan, one of the "hooded men" who allege they were tortured during interrogation by the British army in 1971.

The statement will be delivered during an interactive meeting involving UN special rapporteur on truth, justice, reparation and guarantees of non-recurrence Fabian Salvioli.

Mr Salvioli and his colleague, special rapporteur on extrajudicial, summary or arbitrary executions Morris Tidball-Binz, have already expressed serious concerns about the plan.

The British government has faced widespread criticism from politicians and victims groups in Northern Ireland after proposing a statute of limitations that would end all prosecutions for Troubles incidents up to April 1998 and would apply to military veterans as well as ex-paramilitaries.

The proposals, which Prime Minister Boris Johnson has said would allow Northern Ireland to "draw a line under the Troubles", would also end all legacy inquests and civil actions related to the conflict.

"The UK government's proposals are an utter betrayal of victims and must not become law."

Amnesty International's Grainne Teggart, who is delivering the video statement on behalf of the victims, said: "We cannot allow those responsible for murder, torture and other grave human rights violations to be placed above the law and beyond accountability.

"This blueprint for writing-off conflict related violations not only breaches the UK's international and domestic human rights obligations, but unduly interferes in our justice system and undermines the rule of law. It sets a very dangerous precedent.

"The UK government's proposals are an utter betrayal of victims and must not become law."

Michael O'Hare, whose 12-year-old sister Majella was killed by a soldier in 1976, said: "Victims regardless of who the perpetrator was, are united in their opposition to the UK Government's legacy proposals.

"We need the international human rights community to do all it can to help us.

"The UK government cannot deny us our rights and access to justice. 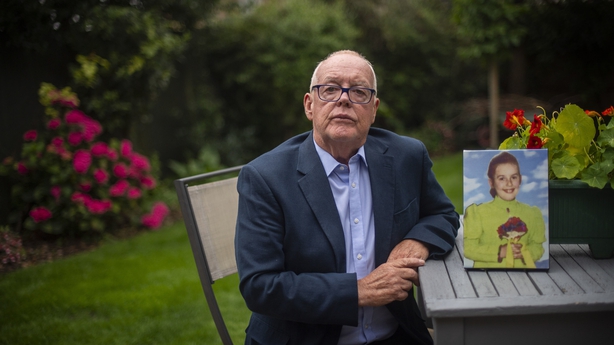 "These plans basically say the life of my 12-year-old sister didn't matter, that despite the Ministry of Defence previously apologising for her killing, we don't deserve a proper investigation and justice."

Eugene Oliver, whose father Tom was killed by the IRA in 1991, added: "Recent developments in the investigation into my father's murder bring us closer than ever to finding out the full truth of what happened and having those responsible held accountable.

"If the UK government's proposals become law, this investigation will end, and we'll be condemned to a lifetime of never knowing.

"This is simply wrong."

Eugene Reavey, whose brothers John Martin, Brian and Anthony were shot dead by the loyalist paramilitary Glenanne Gang in 1976, said: "The passage of time has not diminished the pain of how brutally my brothers were taken from my family.

"Everyone, locally and internationally, must stand with us and for the rule of law.

"The UK government is betraying every victim of the conflict in favour of protecting those who committed human rights abuses."