Twenty-one white-tailed sea eagle chicks have been released into the wild across Munster as part of the second phase of programme to reintroduce the birds to the Irish ecosystem.

The birds were released at sites on the Shannon Estuary, at Lough Derg, in Co Waterford and in Killarney National Park.

The chicks were collected throughout the Trondheim area of Norway by the Norwegian Institute for Nature Research earlier this year.

They arrived in Ireland on 25 June this year and have been kept in purpose-built enclosures at the four locations while they grew, matured, and developed the feathers and muscles necessary for flight. 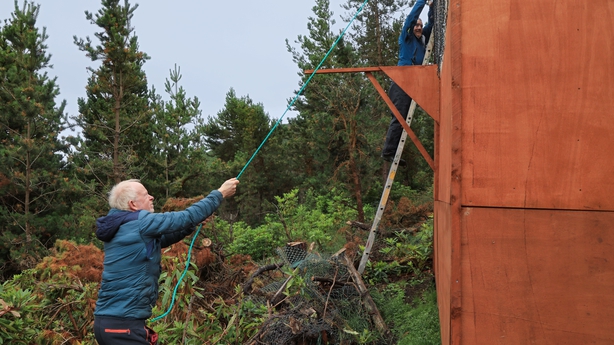 It is hoped the birds, which have been tagged by National Parks and Wildlife Service staff, will bolster Ireland's existing White-Tailed Eagle population.

A programme to reintroduce the sea eagles to Ireland began in 2007 and ran until 2011, when 100 chicks were released into the wild.

Since then, more than 35 Irish-born chicks have fledged here. Some of these birds have begun to rear their own chicks.

A second phase of the project was launched last year, which aims to expand the range of the population beyond counties Kerry, Cork, Tipperary, Galway, and Clare. 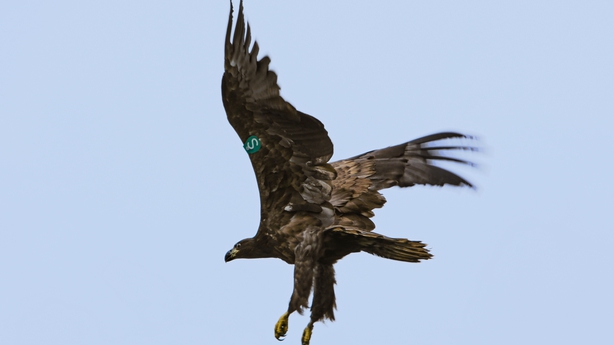 Ten Norwegian-born chicks were flown into Ireland last year and released into the wild on the Shannon Estuary and Lough Derg.

Nine of these ten chicks are still alive, and have travelled throughout the country, with one even reaching Scotland.

Minister for Heritage and Electoral Reform, Malcolm Noonan TD has paid tribute to the collaborative approach to the reintroduction project. 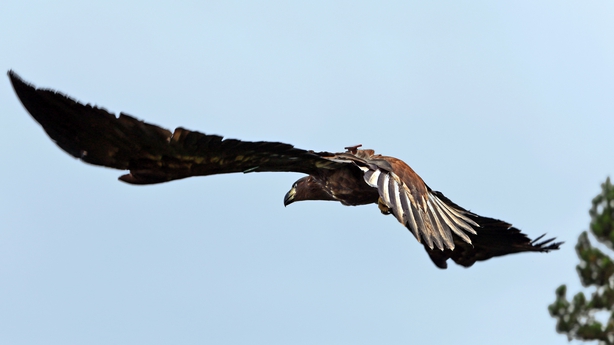 "The success of this project depends on the collaboration of many groups, including our NPWS teams, local farmers, conservationists and communities, the Norwegian Authorities and many other partners in Norway," he said.

"White-tailed eagles are magnificent birds and, as top predators, they also play a key role in the functioning of ecosystems," he added.

The white-tailed sea eagle was once a distinct feature of the Irish landscape, before it was driven to extinction in the 19th and early 20th century by human persecution.

The birds feed primarily on fish and waterbirds, as well as dead animals.

Most pairs settle on territories around the coast and large freshwater lakes to breed.