Cannabis worth an estimated €800,000 has been seized at Rosslare Europort.

40kg of the drug was discovered by Revenue officers yesterday after they stopped and searched a Polish registered lorry that had arrived on a ferry from Dunkirk, in France.

The drugs were found concealed in the spare tyres of the lorry's trailer. 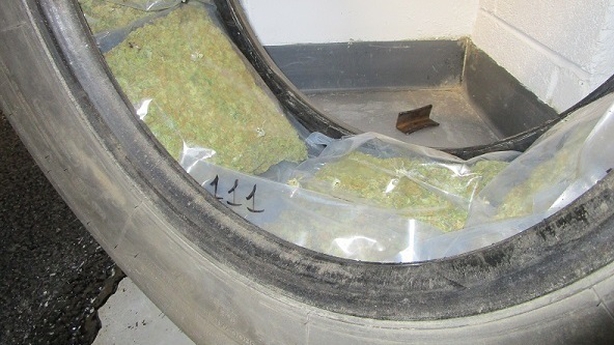 A man in his 50s was arrested.

He was taken to Wexford Garda Station for questioning.

Investigations into the seizure are said to be ongoing.