A campaign is under way to repatriate the remains of the famous military leader, Patrick Sarsfield, who negotiated the treaty of Limerick in 1691, back to the city.

It is being undertaken by the Wild Geese Festival committee in Limerick, which will mark the 330rd anniversary of the historic treaty in 2021.

Patrick Sarsfield, led the Jacobite troops against the Williamite army at the famous siege of Limerick in the wars of 1690 and 1691 at the city's famous King John’s Castle, which itself dates back to the 12th century.

He also negotiated the famous treaty of Limerick to end that war and the stone on which it was written - the Treaty stone - still marks one of Limerick’s most visited tourist sites along the River Shannon. 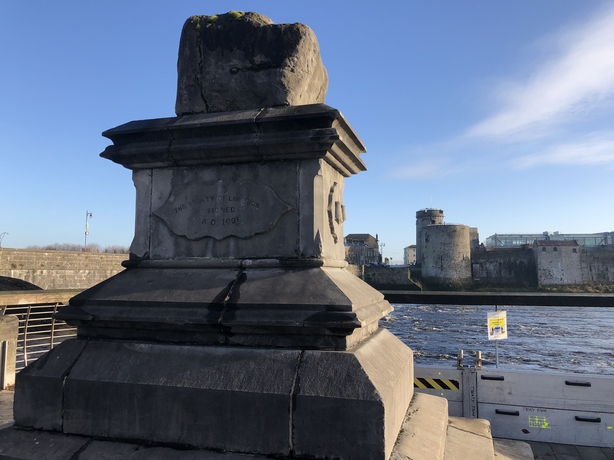 Part of that treaty was that over 10,000 Jacobite soldiers and their families were to be exiled to France along with Sarsfield, who then went on to fight for France in wars against the British.

This exodus became known as the Flight of the Wild Geese, and Sarsfield continued his leadership role and became a decorated and highly regarded French military officer.

Many decedents of the Wild Geese went on to become prominent families throughout French society down the centuries, families such as the McMahons, Quins, McCarthys, Clarkes and Lynchs, who went on to establish a well-known wine chateaux there.

But it is with Limerick that Sarsfield's name is mostly associated and is synonymous with city landmarks, such as Sarsfield Bridge, Sarsfield barracks and Sarsfield house.

The annual Wild Geese festival on Bastille Day on 14 July in King John's Castle now marks Ireland's long historic connection with France, and the festival committee has embarked on an ambitious plan to bring his remains back to Limerick.

Dr Loïc Guyon, who is French Honorary Consul in Limerick, said the festival wanted to celebrate the long association of the city of Limerick and Sarsfield with France, since he went on to become a high ranking officer in the French army. 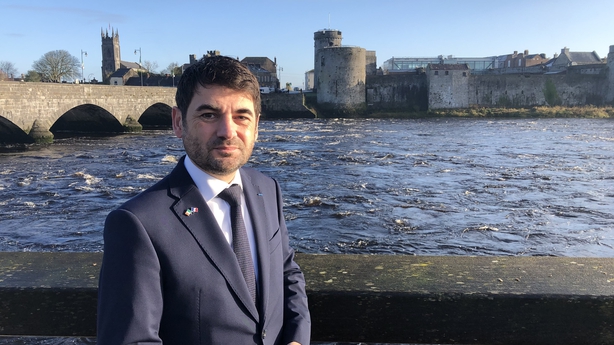 "2021 marks the 330rd anniversary of the siege of Limerick and the project to bring Patrick Sarsfield home is timely in that regard. He was an important figure in Irish and French history but he died in a country not of his choosing. It is an ambitious project but we believe an important one," he said.

But the job of locating Patrick Sarsfield's remains is a difficult one.

Records indicate that Sarsfield was buried in the grounds of St Martin's church in the small town of Huy in Belgium after he was badly injured in the battle of Landers in 1693, but  there is no certainty of that. And only the original wall of that church remains.

Dr Liam Irwin, former Professor of History at Mary Immaculate College, MIC in Limerick said it is very likely he is buried in the grounds of that church, but after over 300 years the job of locating his remains is a challenging and formidable one.

Dr Guyon is now writing to the Mayor and Civic authorities in Huy in Belgium outlining their project and seeking old historic records from St Martin's church. A team of archaeologists would need to be employed to progress the project further.

The project is being pursued with the co-operation of the Limerick Civic Trust who are also associated with the Wild Geese Festival on Bastille Day.

Director David O'Brien admitted the project is an ambitious one but ambitious plans have to start somewhere.

"We are in the middle of a Covid pandemic and we need to look forward to 2021 and this is one of the great projects to plan for next year which is an important milestone year for the Flight of the Wild Geese festival," he said.