Designer clothes, drugs and €58,000 in cash have been seized during searches by the Criminal Assets Bureau in Carlow and Dublin.

The searches were part of an operation targeting the activities of a person involved in the sale and supply of drugs in the Wicklow, Carlow and North Kildare areas 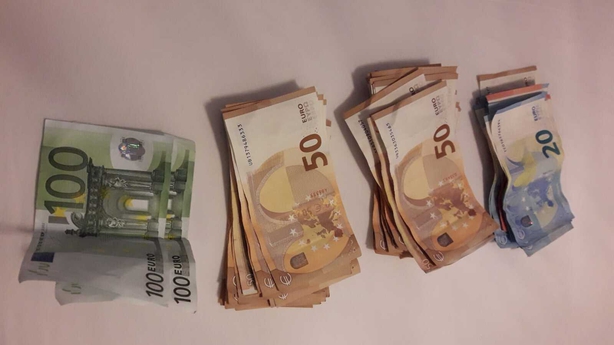 Designer clothing, including a Canada Goose jacket, and a Louis Vuitton bag were seized along with the cash, mobile phones and financial documents.

A small quantity of cocaine and cannabis was also found during the search in Co Carlow.

€5800 in cash, designer clothing & a small quantity of drugs were seized by the CAB during a search of 4 premises in Dublin and Carlow this morning.

This search was focused on an individual involved in the sale & supply of drugs in the Wicklow, Carlow and North Kildare areas. pic.twitter.com/EkzAq20eK9