Following a 15-year planning battle, a well-known west Kerry musician has been granted permission to build a home on his family farm.

Mr Ó Beaglaoich’s case has received national attention with the musician refusing to remove from his site a trailer-house which has been deemed an unauthorised development by the local authority.

The musician said he was willing to face jail rather than leave his home.

Mr Ó Beaglaoich has recently embarked on a campaign highlighting what he calls "unfair" planning policies and which are having a "detrimental effect" on communities in Gaeltacht areas.

He recently erected 235 white crosses in his field to symbolically represent the negative impact of rural depopulation on his village.

He also mounted a protest at a recent council meeting in Tralee.

His most recent application to construct a new dwelling house and remove the trailer-house from his land in Baile na bPoc had been refused the Council on the basis that the development would be unduly obtrusive on the landscape and sets a precedent for undesirable ribbon development of a suburban nature in an exposed and sensitive area. 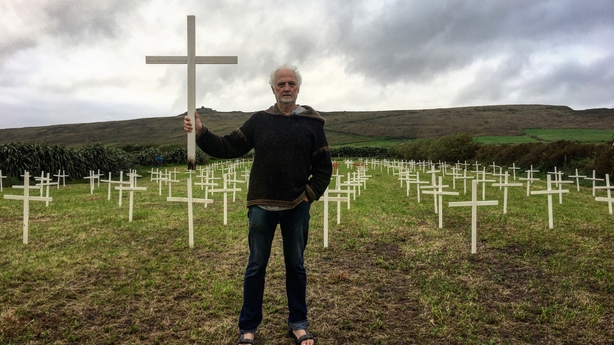 However, following an appeal, An Bord Pleanála has now overturned that decision, as it deems the proposed single-story dwelling to be in keeping with the traditional settlement pattern in Baile na bPoc.

Mr Ó Beaglaoich said he was both elated and relieved.

He said: "This has been a 15-year struggle and it's a weight off my heart. I finally have legal status on my own land. This fight has been about the rights of the younger generations to live in their own townlands.

"The planning policies are driving people off their land and in to the big towns. Rural Ireland is being slowly suffocated."

Mr Ó Beaglaoich has been attempting to secure permission to build a home on the site since 2005.

In frustration and in an attempt to circumvent the planning regulations, the musician decided to build a small house on an articulated lorry trailer in 2015 and moved it on to the site, but the local authority said the development breached planning laws.

An enforcement order to remove the structure has been issued.

Mr Ó Beaglaoich faces jail and a possible fine of up to €12.6m if he fails to comply with the order.

The musician had refused to do so and said he was taking a stand on behalf of young people having difficulties in securing planning in Gaeltacht areas.

He said: "We may have won this small battle, but the war has yet to be won.

"This is only the beginning. We will take our campaign to the Dáil, we will take it to Brussels, we will do whatever it takes.

Mr Ó Beaglaoich added: "Planners should be planning for the people not for nonsensical policies." 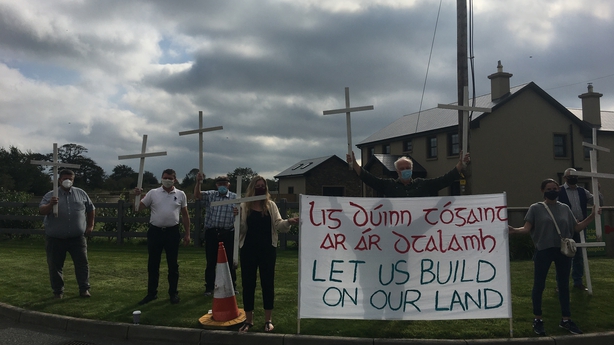