Boatmen in Dingle say they have resigned themselves to the "strong likelihood" that Fungie may never return to the west Kerry town.

The much-loved bottlenose dolphin has been missing for seven days.

Boats and divers have been carrying out an extensive search of Dingle Harbour for the past week, but there has been no sign of the famous dolphin.

Fungie, a four-metre wild dolphin, has been an ever-present feature at the mouth of Dingle harbour since he was first spotted by lighthouse keeper Paddy Ferriter in 1983.

Marine biologist Kevin Flannery said that Fungie may have joined other dolphins or headed out to sea to feed, but given Fungie's age, he also fears the dolphin may have died.

"We think he was about nine years of age when he first arrived here in 1983 so that puts him at 45. The experts tell us that the usual life-span of a dolphin is in and around 45-50," he said.

"He is a wild animal living in the wild. Attempting to catch fish at that age is challenging for him. There's a possibility he could have picked up an infection and could have died," he added.

The disappearance of Fungie is a significant blow to the west Kerry town, which has built a tourism industry around the playful dolphin.

Children are devastated by the loss of Fungie the dolphin.

This little boy lives way up in Antrim. His mother sent this message to Kerry County Council, who sent it on to me. 6 year old James wanted to send his picture to Dingle "to help bring Fungie home." Heartbreaking. pic.twitter.com/yZbC0idnty

Local woman Tricia Kennedy says the local community has a special connection with Fungie and that the dolphin is very much part of the town's identity. 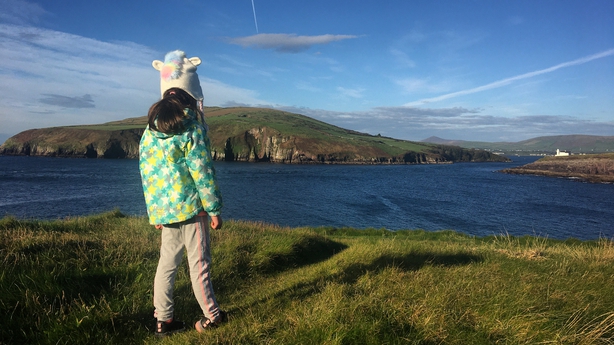 "Fungie put Dingle on the map and Dingle is known the world over because of Fungie. The people of this small town understand and appreciate all he has done for our community."

"He has been with us so long, 37 years. There are so many people in this town that have grown up with Fungie and they don't know a life without him. Children, in particular, are devastated," she said.

Juli Ní Mhaoileoin's house overlooks the harbour and she has fond memories of swimming with the dolphin when he first arrived.

"I was in my late teens and it was normal for us to go out and jump off boats and play with him. Dolphins are euphoric they just exude joy and playfulness. There were days where he might choose you to play with you and there were days when he'd go over to other people. His energy, his speed and his gracefulness was so special." she said.

"The magic was he arrived mysteriously, we didn't know where he came from and he was so generous to the people of Dingle and to everyone who came to see him," she added.

"It's just so sad. Because he has always been there for so many and so generous and so playful. There's such beauty associated with Fungie and for that to be gone, it's like a light has gone out."